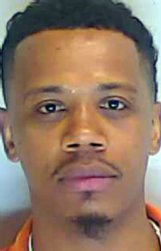 Investigators with multiple law enforcement agencies are searching for a registered sex offender from Columbus.

Marcus McLeod, 37, is wanted for failure to register as a sex offender, according to a Lowndes County Sheriff's Office press release. McLeod was convicted of statutory rape in 2016, according to the Mississippi Sex Offender Registry.

In addition to LCSO, McLeod is also wanted by Mississippi Department of Corrections and Mississippi State University Police Department, the press release said.

Anyone with information on his whereabouts is asked to call 911 or Golden Triangle Crime Stoppers at 800-530-7151.