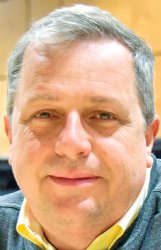 The City of Columbus announced a new interactive web-based reporting system to address calls for service and reports of issues from citizens.

Columbus Public Information Officer Joe Dillon announced during Tuesday's council meeting that the system, called SeeClickFix, is up and running and available to the public.

"It's pretty simple," Dillon said. "If you see a problem around the city, all you have to do is go to your computer or your phone app, go to SeeClickFix and report it. If you use your phone, you can take a photo and it will record the location by GPS and the information is routed to the department it needs to go to."

Dillon said the SeeClickFix system is in wide use by cities throughout the country. Columbus' information technology department has been working since the summer to customize the system to meet the needs of the city.

"This won't replace our action center," Dillon said. "We'll route the calls from there to the SeeClickFix site as well. We want this to be a one-stop shop, so we've worked with Columbus Light and Water to get them in the system, too."

Dillon said another benefit of the system is that it will allow residents to see what issues have been reported and chart the progress on repairs.

"It's a really open transparent system," he said.

Dillon said the city will hold an open house for citizens to learn more about the system and how to access and use it, though city officials have not yet set a date for that meeting. City officials will also provide access to the free mobile app for the system.

To access the system, go to SeeClickFix.com and search for Columbus, MS.

The mobile app is available on Google Play for Android and App Store for iPhone.

Dillon also reported on the progress of Federal Emergency Management Agency recovery efforts in the city.

FEMA's Disaster Assistance Center at the East Columbus gym closed on Oct. 31. The center, which hosted officials from Mississippi Emergency Management Agency and the Small Business Administration, was available for a month to help citizens as they recovered from the February tornado and flooding.

"The response at the center was wonderful," Dillon told the council. "We had over 600 persons who were assisted at the center and over $300,000 in grants awarded in Columbus and Lowndes County."

He noted that although the center has closed, assistance for FEMA grants and SBA loans are still available online or by phone.

Tuesday's meeting was the first with the council's newest member, Ethel Taylor Stewart, who was elected to the Ward 1 council in a special election on Oct. 15.

"I want to take this opportunity to welcome our new councilwoman, Ethel Taylor Stewart," Mayor Robert Smith noted. "As I said during our swearing in, I'm going to have to get used to saying 'councilwoman.'"

Stewart is the first woman on the city council since 2009.