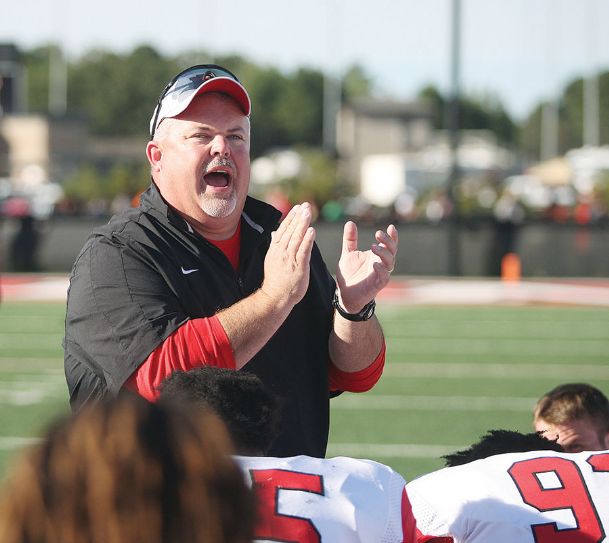 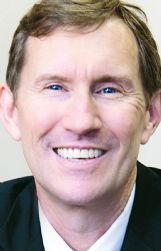 In August, three reporters for The Dispatch viewed as part of a Mississippi Public Records Act request hype videos school officials confirmed were shown to the football team during the 2016, 2017 and 2018 seasons, a total of more than 30. The videos show game and practice footage of EMCC football players and coaches interwoven with clips from movies, television shows and rap music videos that Alsobrooks said the college doesn't have the proper licenses to use in that manner.

Further, the music lyrics in the videos, as well as some of the movie and television clips, contain graphic language -- including profanity, references to violence, sex, drugs and gang activity. EMCC players and coaches were shown in the videos, but for highlight purposes only, and no one affiliated with the school is shown using foul language.

Until 2018, EMCC employees produced the content for the hype videos. Last year, however, according to documents EMCC provided The Dispatch, outside contractors became involved in their production. One, in particular, was paid more than $3,000 for videography and production in 2018, some of which was related to the hype videos. Other contractors were paid lesser amounts for similar work.

Alsobrooks said he understands the videos were shown only to the team during private meetings the night before each game during football season. They were meant for motivation. School officials also indicated similar hype videos were made for several seasons prior to 2016.

"This should have been looked at a lot closer," Alsobrooks told The Dispatch. "This is certainly not stuff that should have been produced (by EMCC staff or paid contractors) and shown to our students. ... It was inappropriate, and we're still trying to get to the bottom of it."

The Dispatch reporters were allowed to view and take notes from the material at the law office of EMCC attorney Michelle Easterling in West Point, but the school had not provided The Dispatch its own copies of the videos as requested by press time, citing potential issues with copyright. The Dispatch is filing a public records complaint against EMCC with the Mississippi Ethics Commission to obtain the videos.

EMCC's acceptable use policy prohibits college personnel or contractors from "viewing, storing, or distributing obscene, pornographic, or objectionable material," among other things. It also explicitly addresses adherence to copyright law and licensing requirements.

Alsobrooks said, in his opinion, the hype videos through 2018 violated that policy. This season, he said, all video material shown falls within policy guidelines.

"We had policies that were broken and we've had to deal with that," he said. "... I think this started innocently enough, but (videography) people got better at it, and nobody put their foot on the brake as they should have."

In the videos The Dispatch reviewed, song lyrics, which are unedited, include racial slurs -- such as dozens of uses of the N-word -- and dozens of instances of graphic profanity, such as the F-word.

In one instance, a clip taken from a music video shows a woman in lingerie crawling on all fours toward the camera and later on a bed. Lyrics demeaning women incorporated in the clips include such things as, "I wish I wouldn't have f----- that b----, she's insane," and "Cut that b---- a thousand times" and "100 dead b----es."

In some highlight videos, the sound of a gunshot is synced with defensive players making a big hit.

An opening scene for one hype video is a clip from the comedy sketch show "Key and Peele," where the two actors are shown in football uniforms starting a fight that escalates to an attempted stabbing.

Each video integrates EMCC game highlights from the week before, and school officials confirmed the players specifically requested the music used for each video.

It is unclear how much head football coach Buddy Stephens knew about the videos or their content. He refused multiple requests for comment for the article.

Alsobrooks, who began his tenure as president in January, first learned about the hype videos when Lowndes County District 5 Supervisor Leroy Brooks confronted him about it during a board of supervisors' meeting in August.

Brooks said an EMCC trustee had shown him clips and he found the material inappropriate.

"Prior to that, I had heard rumblings about the videos but I didn't know for sure," Alsobrooks told The Dispatch. "We started investigating. I basically went to our (information technology) guys and asked 'What do we have, and where is it?'"

The videos were stored in the school's servers, he said, and after viewing them, he said he discovered the college did not possess all the necessary licenses to use the material in that way.

EMCC officials have since consulted an attorney who deals with copyright issues to determine the school's potential liability and the proper steps forward, Alsobrooks said.

"We didn't make any profit off of it ... but we didn't have the necessary licenses so we're not supposed to use that stuff," Alsobrooks said. "I hope this instance can serve as a valuable lesson to other schools that when it comes to copyright, it's gets a little deeper than you think."

Now, Alsobrooks said, all videos with licensed music are required to be the "clean, radio-edit" version. The college also has begun requiring third party contractors for videography to sign an agreement to EMCC's acceptable use policy.

Alsobrooks said he doesn't believe the hype video issue has strained relations between him and athletic administration, specifically Stephens.

"We're not going to agree on everything, but collectively we have to work for the betterment of our students and the advancement of EMCC's mission, whether we're friends or not," Alsobrooks said.