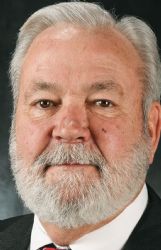 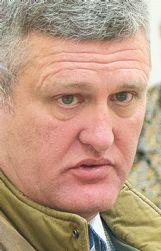 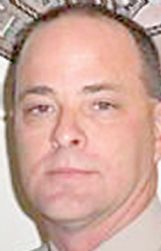 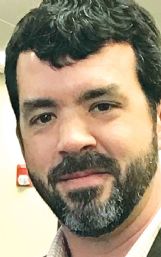 Almost 150 suspects wanted for sex offenses, drug charges and violent crimes throughout the Golden Triangle area were arrested during a six-week joint operation between federal and area law enforcement earlier this summer, authorities announced Wednesday during a press conference in West Point.

The joint initiative called "Operation Triple Beam" took place from about mid-July to late August and involved sheriff's offices from Lowndes, Oktibbeha and Clay counties and police departments from Columbus, Starkville and West Point, along with state and federal agencies.

The U.S. Marshal's Service implemented "Operation Triple Beam" more than 10 years ago, an initiative that teams up marshals and other federal law enforcement with local authorities for six weeks at a time to pool resources and arrest suspects on outstanding warrants. So far the operations have taken place in more than 80 cities nationwide, including Tupelo last year.

Danny McKittrick, head U.S. marshal over the Northern District of Mississippi, said this time the marshals wanted to focus on a larger area than just one county because suspects who hear federal agents are in town often cross county lines to hide for a few days. By having the operation all over the Golden Triangle, officers focused on one area at a time before moving to another and hopefully have a greater impact.

"So much of what happens in Columbus happens in Starkville and happens in West Point," McKittrick said. "They're all kind of joined at the hip, so people cross the county lines freely. We believe this won't last forever, but hopefully the funding will exist and when the need arises, we'll come back and do another operation here."

McKittrick and Deputy Commander of the Marshals Fugitive Task Force Mike Quarles said during the initiative, law enforcement seized about $70,000 worth of illegal narcotics and about 70 firearms, many of which have been linked to other crimes.

"The whole issue of guns in our communities, and the unenviable job that school systems have and being sure schools are safe and that you don't have active shooter situations," McKittrick said. "You never know what you prevent when you come in and perform an operation like this."

The initiative also involved local sex offender compliance checks, meaning law enforcement checked to ensure registered sex offenders in the area have updated their addresses and other information with the Department of Public Safety, as is required by law.

McKittrick said several of those arrested had been tied to gang activity not only throughout the Golden Triangle but in major cities out of state, such as Chicago. About 25 of the 149 total arrested are expected to be tried in federal court.

McKittrick said the operation was "critical just from an intelligence standpoint" as it allowed local and federal agencies to exchange information and resources, a sentiment that was echoed by local officers.

"A lot of times they give us an opportunity to get to places and people that we may not be able to do just on our own," said Capt. Brett Watson with Oktibbeha County Sheriff's Office. "Any agency working by itself has to spread its assets over a whole bunch of different things at one time, so any time you can bring outside resources to bear it's helpful."

"To give you an example, someone may be bringing in dope from Atlanta, but at the same time, with this coalition here, you had members of the U.S. Border Security," he said. "They may have information on who's carrying it to Atlanta. Just basically all the information's coming together. There's a lot of information that was gathered from this (that) can be used to continue investigations. Just because arrests have been made doesn't mean the investigations are over."

Capt. Archie Williams, commander of the joint narcotics task force between Lowndes County Sheriff's Office and Columbus Police Department, said the operation involved a lot of long hours but was a good opportunity to work with law enforcement partners.

"It's wonderful to have relationships such as that where you can have assistance and carry out investigations in certain ways and prosecute certain cases, from the local state to federal level," he said. "It really benefits our county and community to be able to work with everyone and get that done."

Williams said of the 149 arrests, approximately 85 of them were arrested on charges in Lowndes County and Columbus. Of those, he said about 47 were narcotics arrests and 22 were for violent crimes.

Scott and Watson could not provide breakdowns for how many of the arrests were from Oktibbeha and Clay counties by press time, but a spokesperson from the U.S. Attorney's Office in Oxford said the office would probably release those numbers later today.