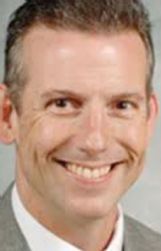 STARKVILLE -- The Starkville-Oktibbeha Consolidated School District Board of Trustees approved a research project at its Tuesday board meeting that could make school cafeterias safer.

Emily Knight, a senior nutrition student at Mississippi State University, will collect data comparing the traditionally used temperature devices in school cafeterias to the results of using a more sensitive device. The project aims to identify the more accurate thermometer and reduce the likelihood of foodborne illness. Knight and Brent Fountain, an MSU associate Extension professor in the Food Science, Nutrition and Health Promotion Department, received a grant from the Shackouls Honors College to conduct the project.

The study should create a new set of best practices for monitoring food temperatures, SOCSD director of child nutrition Ginny Hill said. The district already keeps samples of every meal that is prepared and works with the state Department of Health in order to trace responsibility in the case of foodborne illness, she said.

Fountain told The Dispatch that the idea for the project resulted from conversations at a Mississippi Academy of Nutrition and Dietetics meeting earlier this year. SOCSD has a contract with dietitians to create standardized recipes.

"Some foods are different in terms of thickness and consistency, so if you use the traditional method of measuring temperature with a bimetallic stamp thermometer, are you going to get an accurate temperature?" Fountain said.

The Mississippi Department of Education can implement the results of the project in school districts statewide, he said.

The project will be finished in the spring, Fountain said, and Knight will present her findings to the board.

Additionally, local architect Thomas Stewart reported to the board on the state of the roofs of every building in the district. Stewart is the owner of the Architectonics firm and is under contract with SOCSD to monitor and work on its roofs.

Most of the roofs in the school district are in decent shape, Stewart said, and some were re-roofed in the last few years. The leaky roofs at Overstreet Elementary School need the most work because the building is aging, he said.

"Our Band-Aid option was to spend a few thousand dollars to try to stop leaks temporarily," Stewart told The Dispatch. "If we re-roof the whole building, we're probably looking at $500,000 or something like that, but at this point it's just a guesstimate."

Stewart's presentation was simply an update and the board did not authorize any new roofing projects on Tuesday.

5. Alabama man dies after truck he was repairing falls on him COLUMBUS & LOWNDES COUNTY