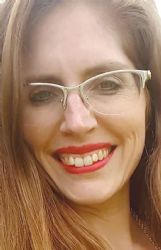 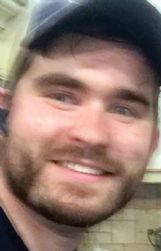 A Clay County Justice Court judge has ordered the husband of a candidate for the state Legislature to pay more than $2,500 to a contractor for work done at the couple's home.

The judgment, issued May 15, came after Matt Rose of West Point had not paid Andrew Benton, of Benton's Maintenance and Mechanical of Caledonia, for a bathroom remodel reportedly completed more than a year ago. The total Rose owes is $2,584.03, which includes $64 in court costs, according to the court order.

Rose did not show up for court on the day the judgment was rendered. As of Tuesday, he still hasn't paid.

Matt Rose is married to Vicky Rose, a Libertarian candidate running against incumbent Republican Gary Chism for the Dist. 37 seat in the Mississippi House of Representatives.

Benton told The Dispatch he worked about three weeks on a full remodel of the Roses' bathroom back in September 2018. Afterward, he said, Matt Rose claimed the toilet had been put against the wrong wall and refused to pay. Benton said he offered to allow the Roses to pay for the work in installments and gave them about three or four months to pay before filing suit.

"I haven't been paid anything," Benton said. "(Vicky) has no business running anything in our state if she can't pay her own bills, in my opinion."

When reached by The Dispatch, Vicky Rose said she was "taken aback" and that she hadn't known much about the issue because all that had been left up to her husband. After speaking with Matt, she called The Dispatch back and said her understanding was there was confusion as to which day he needed to go to court. She said Matt was supposed to have settled with Benton out of court, but Benton apparently never followed through.

Vicky said her name was never attached to court summons.

"As far as my candidacy goes, I'm (going) to work on behalf of the people," she said. "... I can understand y'all are looking at financial records, but this is not me. This has nothing to do with me.