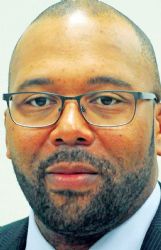 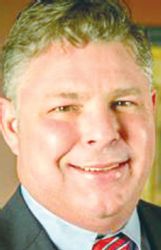 A recent civil lawsuit from an Oktibbeha County resident led the board of supervisors to vote 3-1 Monday to ask permission to settle out of court.

Joann Thompson filed a complaint in Oktibbeha County Justice Court on Sept. 12 alleging that county representatives agreed to pay her $4,000 if she allowed them to dispose of debris including cut-down trees on her Andrew Drive property during a road paving project in the summer of 2018.

"Work was never finished and no reimbursement received," Thompson wrote in her complaint. "This was done 1 year ago and NO action has been taken."

Thompson is suing for $3,500 in property damages, plus $64 in court costs. The board of supervisors aims to consult with the state auditor's office to determine whether they can settle for $2,500 or less.

She told The Dispatch she set the price of $4,000 when someone approached her and asked for permission to use her property during the road project. They did not agree on a payment date, and she assumed she would be paid when the project was finished, she said.

"I think they should be fair to me because I let them use my property in good faith," Thompson said.

The board discussed the issue in executive session before voting in regular session.

Board President and District 2 Supervisor Orlando Trainer told The Dispatch after the meeting that the county has previously made informal, word-of-mouth agreements with county residents on how to use their land.

"The understanding was that the county would bring the area back up to its condition prior to entry or make it better, and in most cases, that would be a verbal understanding," Trainer said. "Somewhere along the line, Ms. Thompson felt like she should have been compensated, although we tried to utilize the improvement of the road as compensation or (as) an incentive for people to allow the county to use their property temporarily."

Thompson said she did not know who she spoke to or what county department they worked for, and she did not comment on the county's settlement proposal because she has not yet consulted with her son, who also owns the Andrew Drive property.

Montgomery told The Dispatch he had two reasons for his vote. First, the county is not obligated to pay its citizens for the use of their land during infrastructure projects, he said.

"Whenever we do a road (project), I go look for people who are happy to let us use their property," Montgomery said. "We don't damage it. We leave it just how it was."

Second, the board is not yet certain it is allowed to settle out of court for $2,500, he said.

"I'd like to not go (the court) route, but I'd like to hear more before just paying somebody on hearsay," Montgomery said.

The first court date for the lawsuit is Oct. 16.

The board revived a debate about the city's waste management service and garbage can replacement, a touchy subject for multiple supervisors. The responsibility of picking up garbage cans has fallen to the supervisors, who considered splitting from Golden Triangle Waste Services but decided to stick with the multi-county service.

Miller proposed a board order to place requirements on foremen picking up and replacing cans, and Howard said this would be a waste of taxpayer money.

"I don't want to have anything in place that's going to jeopardize (the foreman's) job because he didn't deliver a garbage can when I can deliver it myself," Howard said.

Trainer and board attorney Rob Roberson both said there was no need for a vote on the issue.

"The contract clearly states that (GWTS is) to be maintaining and delivering these things, but the problem we run into is sometimes it may be two or three weeks before they're able to swap these things out," Roberson said.

GTWS formed in 1997 to provide garbage pickup for Oktibbeha, Lowndes and Webster counties. Supervisors from the three counties serve on the GTWS board, and Williams and Howard represent Oktibbeha County on the board.

Additionally, the supervisors voted to renew the contract for the emergency medical technician training program at East Mississippi Community College. OCH Regional Medical Center and EMCC partnered with the county fire departments to provide free EMT classes on a flexible schedule for those who do not have the time and money to take the class EMCC offers at its Mayhew campus.

About 14 people graduated from the first year of the program, said Austin Check, training officer for the county's fire departments.

"Momentum's building and I think this is one of those things we'll see a long-term benefit from," Check said. "We'll look at it five years from now, 10 years from now, and be really glad we did this."