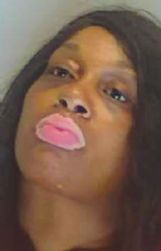 A Columbus woman was arrested for racketeering last week after allegedly creating fake checks for other people in Lowndes County to cash.

Deputies with Lowndes County Sheriff's Office arrested Cameyer Anderson, 37, on Wednesday, almost three weeks after executing a search warrant at her 20th Street South home, according to an LCSO press release. Anderson's arrest is part of an investigation into a check scheme involving suspects printing and cashing checks under real company names with phony account numbers. Anderson is accused of creating the fake checks.

When Anderson was not at home when deputies executed the warrant on Sept. 12, deputies released her name and photograph to the public asking for help locating her.

Anderson has been released from Lowndes County Adult Detention Center on bond.