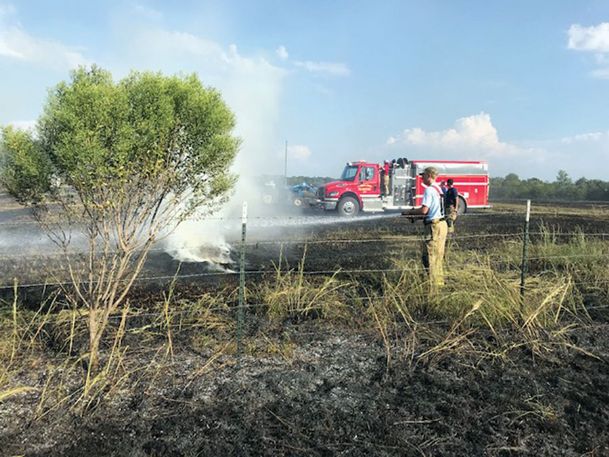 The person who set the fire claimed not to know the state enacted a burn ban Wednesday, county fire coordinator Kirk Rosenhan said. Burn bans result from a long period without rain, making it dangerous to start a brush fire since the ground has little to no moisture.

There were no injuries and no damage to structures, and the fire departments turned the incident over to Oktibbeha County Sheriff's Office, Rosenhan said. OCSO Capt. Brett Watson said the individual who set the fire received a citation.

East Oktibbeha and Bell Schoolhouse firefighters also worked with volunteers from Tibbee in Clay County on Saturday when an accidental hay fire spread across several acres in the northeast part of the county, near the intersection of Hickory Grove Road and Old West Point Road, Rosenhan said.

Part of the hay baler caused a spark that started the fire, and authorities had it under control by late Saturday afternoon, he said.