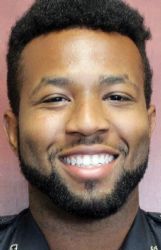 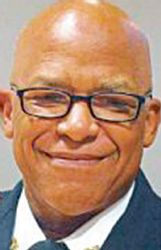 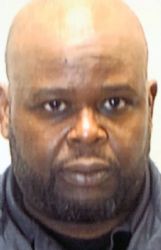 Columbus police have arrested three juveniles, two seen in this still shot from a doorbell application video, for a series of burglaries throughout North Columbus.
Photo by: Courtesy photo

Columbus Police Department Officer Melvin Shirley did not expect to be recognized by the city council for his first ever footchase.

The patrol officer, who just graduated from the police academy and began patrolling with CPD in June, was one of several officers involved in the capture of a handful of juveniles accused of burglarizing homes throughout north Columbus over the past few weeks. When Shirley responded to a call about three suspicious young men in the Ridge Road area on Sept. 4, he ended the call in about a 10-minute chase through the woods near Lion Hills Golf Course, ducking and dodging limbs and finally catching one of the teenagers, who he said was running through parts of the woods he'd never seen before.

"It feels good that I served my community and everything," said Shirley, who grew up in New Hope. "Working this job you have to expect anything can happen at any time. This was one of those situations where I expected as soon as I pulled up, I already had my body cam on, already had my shades off."

Officers Shirley, Christopher Ware, Lance Lucky, Glenn Jenkins, Tommy Watkins and Sgt. Timothy Jenkins were all honored at Tuesday's city council meeting for their role in the chase. Ware, Shirley's training officer, was the second officer on the scene and caught another of the juveniles who tried to flee on his bicycle.

Shelton said having the officers stand up during Tuesday's council meeting was a way to appreciate police, who have an often "thankless" job. Also recognized was Officer Shanqula Fulton was commended for apprehending a burglary suspect at a business. While on patrol, Fulton noticed some broken glass at a storefront and saw someone leaving the scene. She pursued the suspect on foot, discovered him hiding in some bushes and made the arrest.

"This is a way to recognize them," Shelton said.

The three suspects taken into custody on the Sept. 4 call were all juveniles who are not being charged as adults at this time, Shelton said. Investigators have learned the juveniles are tied to other burglaries throughout the areas of Ridge Road, Bluecutt Road and Baptist Memorial Hospital-Golden Triangle. The teenagers would ride through the woods between the neighborhoods on bikes before stashing them there and walking to houses. There they would knock on doors and offer to do yard work or ask for water or money if anyone answered the door. All the while, Shelton said, they were casing the houses, trying unlocked car doors and taking objects out of yards. In one video from a doorbell application, they take things out of a refrigerator in a garage.

Shelton added they even got jobs doing yard work that way.

Investigators now believe the teenagers were three of a large group of about 10-12 juveniles committing burglaries in the area, Shelton said.

He added he was grateful to citizens who called about the burglaries, after becoming suspicious that the teenagers were spending a lot of time around houses where no one was home and who didn't have any yard equipment.

At the council meeting, Shelton said the arrests on Sept. 4 has helped make strides in the investigation.

The council also recognized Cpl. Eric Lewis, Officer Aaron Andrews and Officer John Tulipan, who earlier this month aided an individual who was considering suicide. Because of the officers' interference, that individual was able to get the treatment she needed.

"It was something that we were honored to do," Lewis said. "... It's a part of our job that we have to go out and do on a day-to-day basis. We always try to make sure that we're ready and trained with ... proper communication skills so if that situation occurs, we're always able to confront it."

In that call Shelton said, police officers only arrived to the scene after an anonymous tip from the citizen, Shelton said.

"If I could find out who that citizen was (who called about the suicide attempt), I would have (given) them some recognition as well," Shelton said.