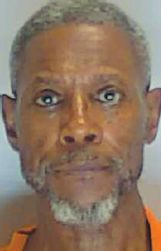 LCSO deputies responded to a call from Baptist Memorial Hospital-Golden Triangle, where a woman being treated there said she had been assaulted by a family member during an argument. The victim said she was gathering clothes to leave the residence when the suspect punched her in the face.

An investigation led to the arrest of Henry Spencer, 59, of Spurline Road in Columbus later that day.

Cooper said Spencer had two previous domestic violations. The Sept. 15 arrest was his third charge for domestic violence, which elevates the charge to felony status.

Spencer was given a $20,000 bond, but remains in custody at the Lowndes County Adult Detention Center on a hold from the Mississippi Department of Corrections for probation violation.