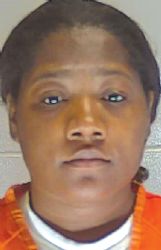 A Crawford woman has been arrested after law enforcement discovered her two children alone in her home where they had been left for three days.

Priscilla Maxine Koger, 25, of Lodge Street, has been charged with two counts of child deprivation of necessaries. According to Lowndes County Sheriff's Office investigator Lt. Tony Cooper, deputies received a call to respond to Koger's home on Sunday. There, deputies found two children, ages 3 and 9, home alone in the residence while Koger was out of the state.

Cooper said the children had been left alone since Sept. 12, about three days. He added they were uninjured.

Deputies arrested Koger Monday. Child Protective Services took custody of the children, who are now with a different relative.

Koger is in custody at Lowndes County Adult Detention Center on $20,000 bond.