Seventh Avenue Heritage Festival canceled due to lack of funding 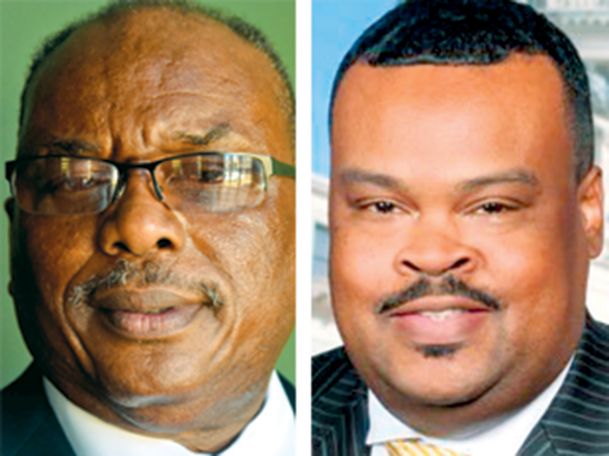 District 41 State Rep. Kabir Karriem has canceled this year's Seventh Avenue Heritage Festival, scheduled for Oct. 4-5, because the city of Columbus failed to comply with terms of the interlocal agreement for funding from the 2-percent restaurant sales tax.

The restaurant tax, which collects roughly $2 million per year, gained approval in the Legislature in March after the previous tax had not been renewed the previous year. Interlocal agreements the Columbus-Lowndes Convention and Visitors Bureau has with the city and county set aside $60,000 for four specified events in the city and $30,000 for three events in the county. Seventh Avenue Heritage Festival is one of the four specified city based festivals and was meant to receive $15,000 from tax funds.

Under the terms of the interlocal agreements, those funds are to be released by the CVB to the event organizer "within 30 calendar days" after the city or county has been notified of the request.

Karriem provided a letter dated June 25, asking for the city to request the release of the $15,000 designated for the event in the interlocal agreement.

CVB Executive Director Nancy Carpenter said her office was not notified of the request until last week. An item on this evening's city council agenda calls for discussion/approval for payment of $7,500 to the Seventh Avenue Heritage Festival. In August, the city council approved a request from Karriem to close off streets in the area during the festival and another request to permit beer sales at the festival.

"When we got the request, we didn't wait 30 days," Carpenter said. "We sent it in right away. We are doing what we are told to do. If we are told to write a check, we'll make that happen. That's all I can say."

Columbus Mayor Robert Smith said he had thought Karriem's request had been sent to the CVB soon after his office received it.

"(Karriem) sent the letter in at about the same time that councilman (Gene) Taylor sent in his request for the (Southside Blues Festival), which was over the July 4th weekend," Smith said. "I thought my secretary had sent both of them in. She hadn't. I'll take responsibility for that."

Karriem said the uncertainty of when he would receive the funds caused him to cancel this year's event.

"So much of what we do is affected by those funds," he said. "We just couldn't wait to see when we were going to get the money, so I started calling sponsors last week, notifying them that we had to cancel. It's sad. This is one of the oldest events in the city."

Karriem said he believes the mayor intentionally delayed forwarding the request to the CVB.

"I feel it's malicious," Karriem said. "I have been asking about the money for some time now. My mother asked the mayor about it two Thursdays ago. Councilmen (Stephen) Jones and (Joseph) Mickens told me they would ask the mayor about it. I just don't accept this was accidental."

"Why would I do that on purpose? It's ludicrous," Smith said. "As it is, he's still getting the money three weeks before his event. It's up to him what happens with the festival. He's going to get the money he requested."

Karriem also questioned why the festival money is being distributed in two payments.

"That's what we have always done," Carpenter said. "We disperse half of the money in advance and the other half after the event. That's always been our procedure."

Karriem said there is no provision in the interlocal agreement that calls for that method of payment, though -- as Carpenter pointed out -- that is how festivals, including Karriem's, have received CVB funding in the past.

"Go look at the agreement," he said. "There's no language that says that. It just lists the amount for each festival. The full amount should be sent upon the request if you are going by the interlocal agreement. They seem to be making things up as they go."

Karriem said not getting the fund in a timely matter was particularly galling.

"I had really worked hard in the Legislature in support of getting the tax back," he said. "So for this to happen, it's really a slap in the face."