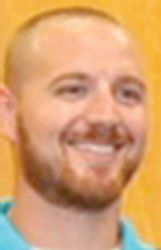 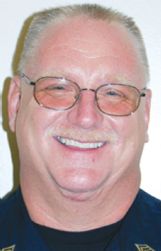 Jones was on leave from military duty and he and two volunteer firefighters -- one of whom was Jones' brother -- were trying to help an unresponsive woman in New Hope. She didn't make it.

But on Tuesday, Jones, acting as school resource officer for Northside Elementary in Pearl, was administering deep chest compressions to a teacher's assistant who had suffered a heart attack in the classroom.

"I just kept saying, 'Not today. Not today,'" Jones recalled.

Moments later, the woman opened her eyes, looked at Jones while she grabbed his wrists, then passed out again.

A few more chest compressions from Jones, then the woman came to.

"It was like she took a nap and woke up," he said. "She was alert and talking when they took her to the hospital.

"I see this woman every morning, and that gave me extra motivation not to give up," Jones later added. "When she opened her eyes, my first thought was 'Praise Jesus.'"

Growing up in Columbus, Jones and his two brothers saw law enforcement life firsthand. Their father, Rick Jones, has worn a badge for 38 years -- including separate tenures as a Columbus police officer bookending a stint as Lowndes County Adult Detention Center administrator. Rick is currently with CPD as community relations officer.

"Seeing how our dad interacted with people, how he treated them and how he seemed to be in the right place at the right time, that really set the foundation for me and my brothers following in his footsteps, " said Greg, who has one brother serving with Mississippi Highway Patrol and another with the Amory Police Department. "It's in our blood."

Greg graduated from New Hope High School in 2005 and spent a year in junior college before joining the U.S. Air Force -- in which he served four years as a military policeman that included two tours in Iraq.

Over the past six years, Greg has worked patrol, interdiction, narcotics (which he calls his "forte") and as a canine handler. He's also an active member of the PPD special weapons and tactics unit.

But starting in August, the department needed him elsewhere, a temporary position as SRO at Northside Elementary, after the previous officer holding that spot earned a promotion.

"I love being around kids, so when they asked me it was a no-brainer," Greg said. "It's funny how it works. God will put you where He wants you when you need to be there."

When the teacher's assistant fell unconscious at about noon Tuesday, the classroom teacher called the office for help.

Principal Nikki Graham and two of her assistant principals ran to the room and immediately began CPR.

Still no breathing. No pulse.

The nurse was called to bring the school's automatic external defibrillator (AED), while the teacher removed the students to another room and the principals rotated shifts administering chest compressions.

"I saw the nurse running down the hall carrying the AED, and I knew something was wrong," Greg said. "... That ain't normal."

Greg followed the nurse into the classroom and assessed the situation. The first problem he dealt with was communication.

Northside is separate from the other Pearl campuses and about five miles from the nearest fire station, he said. In fact, the school is so close to Flowood that 911 calls were going to Flowood and having to be redirected to Pearl.

Greg's radio allowed him to speak directly to the nearest fire department and begin coordinating with first responders getting to the scene.

"I'm telling them the situation, what doors they need to come in and how to get to the room," Greg said.

By that time the nurse had connected the AED and employed it on the teacher's assistant.

"The thing about the AED is when it shocks you, it tells you whether you need to keep doing chest compressions," Graham said. "We needed Officer Jones' strength to do deeper compressions than we had been able to do."

Still monitoring his radio, Greg took over the compressions. Merely seconds after the woman regained consciousness, he said, firefighters came through the classroom door.

"Even with everything that happened, it only took them about five or six minutes to get there," Greg said.

The teacher's assistant, which school officials have not identified to the media, is still in the hospital, both Greg and Graham said. But she is improving and is expected to make a full recovery.

"This was definitely a team effort with everyone responding like they did, and everything fell into place," Greg said. "If this had occurred five hours earlier (before school) or five hours later (after school), we'd be reading about this in the obituaries."

If it had happened six years ago, even at the school, Graham said the outcome may also have been different.

The Kiwanis Club of Pearl bought the school the AED in 2013, she said, and before Tuesday it had never been used in an emergency.

"We've had emergencies, but never any that were life-threatening," said Graham, who has been the Northside principal for 11 years. "It's just the grace of God is all I can say."

Greg didn't call his dad to brag about helping save a life Tuesday.

But when a Jackson television station covered it, he sent Rick a link to the story.

"That's how I found out," Rick said. "My chest is swelled with pride. He's such an outstanding person.

"It's nice when you see something positive like this when there is some negative stuff that comes out about police," he added. "We're not just here to enforce the law. We're here to help people and that's what (Greg) did."