LCSD revenue expected to increase by about $1M next fiscal year 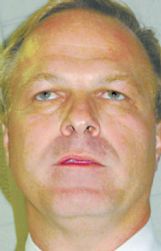 Lowndes County School District is expecting to bring in $1 million more in revenue over the upcoming year, from $59 million in FY 2019 to $60 million in FY 2020, according to projections LCSD business manager Kenneth Hughes presented at a school board meeting Monday.

Still, the board opted to uphold its earlier decision to request an ad valorem tax increase from Lowndes County supervisors to make up for a school district that has rapidly declined to less than $5 million from a $17 million fund balance (operation fund reserve) in 2014.

The district operated at a $2.5 million deficit in FY 2019, something that concerned LCSD Board Vice President Jane Kilgore, who asked Hughes if he took any measures to cut expenses when creating the FY 2020 budget.

"We're real lean everywhere else but personnel," Hughes replied. "There's not a whole lot to cut other than personnel."

LCSD already cut personnel in March when board members voted to eliminate 64 teaching positions, which Hughes previously projected would save the district $5 million in salary and benefits. Hughes told The Dispatch he doesn't see any other area where the district can lower its spending.

Hughes "did not have the numbers in front of (him)" of how much the district pays their teachers district-wide, but told The Dispatch LCSD administrators' salaries and benefits account for $701,853 of the district's FY 2020 budget. That amount is somewhere between $3,000 and $4,000 more than it was in FY 2019 due to raises, Hughes told The Dispatch. LCSD teachers' salaries and benefits account for roughly $29.5 million of the district's FY 2020 budget, up from roughly $28,208,000 in FY 2019. Hughes attributed that increase to teacher pay raises and a higher teacher retirement rate, which will cost the district a little more than $400,000 in FY 2020.

Of the projected $60 million revenue in FY 2020, Hughes projected ad valorem taxes will generate $21,652,351. In order to ensure the district takes in that amount in tax revenue, the LCSD board will ask supervisors to raise ad valorem taxes by 4 percent -- the maximum allowed by state law without a referendum.

Millage is figured into property taxes. A person who owns a $100,000 home without a Homestead exemption would see their taxes increase by roughly $16 annually.

The millage rate currently sits at 46.71, even as consecutive years of deficits run in tandem with the district trying to pay off a $44 million construction bond -- at a rate of about $3 million per year for the 17-year note. This is the first time in 30 years LCSD has requested a tax increase from county supervisors.

The board will vote to approve the budget at their Aug. 9 meeting, at which time they will also send a resolution to county supervisors requesting the roughly $609,000 ad valorem tax increase. Prior to the meeting, the budget is available for public inspection at the LCSD central office at 1053 Hwy. 45 S.