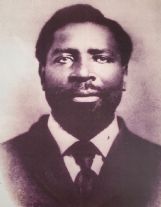 William Isaac Mitchell, the first principal of Union Academy, held the office from 1878 until his death in 1916. His great-great-great-niece, Telisa Young, serves on the Columbus Municipal School Board.
Photo by: Photo courtesy of the Mitchell family 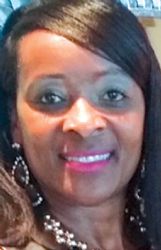 When Columbus Municipal School District board member Telisa Young was in college, her father gave her a history book.

It wasn't the kind of book she was likely to find at the Mississippi State University bookstore or library. It was a hardcover book detailing the history of Lowndes County, and it included her father's entire family history.

"(My father) told me that family history was life-changing," she said. "And when I looked in it and saw what people like Walter Mitchell did for the community, I understood that completely, even back then."

For the first time in more than 10 years, students will once again walk the halls of the building until the damage to the former Hunt High School building -- which housed Columbus Success Academy students and administrative office -- from an EF-3 tornado in February is repaired. Although the original Union Academy building was demolished in the 1960s, the current building on 10th Avenue North still bears a plaque recognizing Mitchell for his historic position. It's something Mitchell family historian Walter Mitchell doesn't expect many students to notice.

"Him being the first principal of the first African-American school (in Columbus) was something that had a profound impact on the community then," said Walter Mitchell, William Mitchell's great-great-nephew. "Doing that, it wasn't pleasant at all at the time, but he was able to rise above all that resistance. ... I don't think there's a lot of young people now that would know or understand the significance."

Since William Mitchell's time as principal, many Mitchell family members and their descendants -- including Walter's mother -- graduated from Union Academy. Both Walter and Young grew up hearing about the school and how it tied in with their family history.

"We grew up knowing that education was important, that it ran deep in our family," Walter said. "I'm glad (William Mitchell) was able to accomplish that because when I researched our family history, I saw how it inspired so many in our family to get to school or finish college and follow in the footsteps of valuing education."

When Young was a child, education was something constantly discussed in her household. This was partially, she said, because of the example William Mitchell had set generations before.

"Not everyone in the family could take the steps to get an education and provide for themselves that way, but he could and he did," she said. "I love how the work he began as the first African American man in his position has transcended generations. ... As a CMSD board member, it pushes me to think about what I choose to do as an individual that will benefit my community just as much."