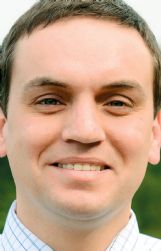 The total annual premium for Columbus Municipal School District's property and casualty insurance rose about $35,000 due to the insurance claim the district filed after a Feb. 23 tornado severely damaged the former Hunt High School and caused minor damage at a few other buildings.

As a result, during a special-call meeting Wednesday afternoon, CMSD trustees voted to change insurance carriers, accepting the Mississippi School Boards Association's proposal for insurance that would cover the districts' property, vehicles and employees for an annual premium of $267,334, which is roughly $20,000 higher than CMSD's annual premium through Sentry, its former insurance company. Sentry did not submit a coverage proposal to CMSD for Fiscal Year 2020, which began July 1.

Sentry spokesman Rick LaFrombois told The Dispatch it is the company's policy not to comment on why it did or did not submit proposals for coverage. CMSD Board President Jason Spears told The Dispatch that Sentry indicated to CMSD it would not re-issue coverage because of the claim CMSD filed after Hunt was damaged.

"From the information we were provided, (Sentry) couldn't both pay our claim because our policy was full-replacement, so the full cost of restoration at Hunt was covered, and re-issue our coverage," he said. "Because of that claim pending, they didn't want to re-issue (the coverage), is my understanding."

That claim filed on Hunt is also the reason why the district's annual premium rose, Spears added. When MSBA quoted the coverage to CMSD, it took into consideration the pending claim, which is a standard process for insurance agencies, he said. Although the district's coverage extends to tornado and wind damage, the coverage proposal from MSBA did not look at the cause of the claim -- it only considered the claim itself.

"With that claim hanging out there like that and with the timing of our insurance renewal being before that claim was paid, that's what caused our premium to go up," Spears added. "That claim was kind of the point of contention. When we were looking at finding coverage, that's the problem we kept running into."

MSBA Insurance Program Manager Anissa Young did not respond to The Dispatch's calls for comment by press time.

CMSD will also pay Swoope Insurance $15,000 annually to insure the construction at Hunt, a policy the district did not previously carry. Board attorney David Dunn told the board the rise in premium and the additional insurance policy on Hunt is "standard" for the district's situation.

"Any time you have that kind of damage to a building and it's under construction, you're going to have to have that separate policy," he said. "It protects the workers, the construction materials. If you were building a house, you'd want to have a similar kind of insurance."

Spears told The Dispatch the additional $15,000 policy on Hunt is not expected to "be a permanent thing."

"When the repairs are finished, it is something we'll have to re-evaluate since it's insuring the construction," he said.

The district will need to set aside a $92,000 contingency deductible for Hunt, which Spears said is 1 percent of the $9.2 million the insurance company estimates the land and buildings on the Hunt property will be worth after repairs are complete. The deductible for everything else the policy covers besides Hunt is $25,000, he said.

The change in district insurance providers will not affect the district's current claim on Hunt, which is still being processed and the amount of which is still unclear, Spears added.