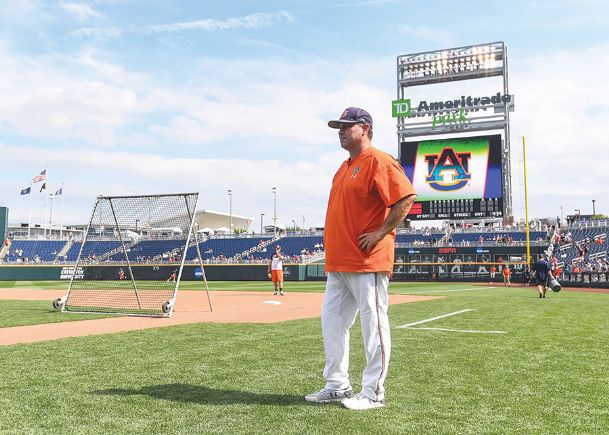 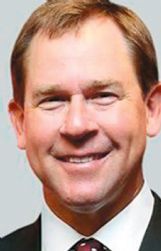 Butch Thompson had made up his mind.

After spending four years as an assistant baseball coach at Georgia and another three at Auburn, Thompson, an Aberdeen native, had decided to join the Division I head coaching ranks at High Point University in North Carolina ahead of the 2009 season.

Just days after he had accepted the job his telephone rang. It was then-Mississippi State head coach John Cohen.

Cohen acknowledged Thompson had taken the job, but he wanted to gauge his interest in joining him as an assistant at Mississippi State.

"I knew that he was one of the best recruiters in our league," Cohen, now the MSU athletic director, told The Dispatch. "I knew that Butch was a native Mississippian, and I also knew he had just accepted the job at High Point University.

"Not exactly, but very close to, he did a U-turn on his way to High Point University to come to Mississippi State," he continued through a laugh.

Nearly a decade after that conversation, and following a successful five years as an MSU assistant, Thompson, a head coach, will lead his Auburn team into the College World Series at 6:30 p.m. today against No. 6 seed MSU.

"When I first saw it, I went like, 'Are you kidding me?'" Thompson said of the CWS bracket. "And then as the time has went on, I've gotten to a deeper level. I went from level 1 to level 2, and I said, 'this is one of the neatest things ever, to get to play Mississippi State in Omaha.'"

Shoop, then the head coach at Birmingham-Southern College, had invited Thompson to town in hopes of swaying him toward playing for the Panthers. He succeeded.

"Went and did a home visit with him and I just remember having a catfish dinner at a restaurant with his family," Shoop said. "(I'm) so thankful that he chose to come to Birmingham-Southern and start a very special, special relationship that has lasted all this time."

After two years playing for Shoop, Thompson's coaching career included seven years as an assistant for the Panthers in two different stints.

He went on to be an assistant at East Mississippi Community College in Scooba.

Traveling across the Alabama border in 1997, Burroughs' EMCC team would take on Jefferson State -- where Thompson had just been appointed head coach.

"I can remember just watching him and thinking, 'Man that's a Mississippi guy and he's already a head coach at a junior college' and just kind of being in awe," Burroughs recalled.

As members of Cohen's staff at MSU the pair quickly hit it off. Burroughs was quick to note Thompson's sharp wit and sometimes hidden sense of humor -- most memorably in their first season in 2009, when the Bulldogs struggled to a 25-29 record.

That same year, Burroughs recalled a midseason game against Georgia in Athens, in which MSU pitcher Tyler Whitney battled through a nearly 15-pitch at-bat.

Burroughs suggested mixing things up with a curveball on the ensuing offering.

Thompson, the pitching coach, turned and stared directly at him.

Moments later, Whitney set and delivered. With a crack of the bat, the left-handed Georgia batter sent the ball over the wall for a grand slam.

After the game, Burroughs apologized profusely. Expecting an irritated Thompson, he braced for the response. It was quite the opposite.

"We got in the room and it was real quiet," Burroughs recalled. "I said 'Hey man, I won't ever call a pitch or suggest a pitch for the rest of my life. I apologize.' And (Thompson) busted out laughing. I knew we were going to be tight after that night."

Beyond his relationships with coaches at Mississippi State, the Bulldogs' current roster is stacked with Thompson's influence.

An ace recruiter, he was responsible for bringing in players like pitchers Cole Gordon and Ethan Small, as well as outfielder Jake Mangum.

Today, Small will take the hill against his former recruiter in the CWS opener against the Tigers.

"This thing really turns into people at the end of the day," Thompson said of the coaching profession. "And I remember sitting in Ethan Small's home and not knowing he would have an invisible fastball like he does -- where hitters would just choose to swing at it even if it's elevated above the strike zone -- and all these gifts and layers that he's built in to make him one of the most special seasons we've seen in college baseball."

'Of course that's who we're playing'

Speaking with the media in Omaha Friday, Thompson explained how he had done his best not to look at the NCAA bracket.

Upon dispatching of No. 14 seed North Carolina 14-7 Monday, the question of "if" became "when." Thompson would take on MSU in Auburn's first game of the CWS.

"You get so entrenched in what you're doing right there in the moment, you don't even know what's ahead," he said. "I'm like, 'I don't care who we play, just so we get here.' And then, of course, out of 297 schools, of course we're playing Mississippi State."

Tonight, Thompson may be donning the Tigers' orange, blue and white, but a part of him forever will be a Bulldog.

"I have to say there's so many deep relationships that are all rooting against us Sunday," he said. "But I hear from Mississippi State folks when we have success, because it's sincere relationships. And I think what we're figuring out through a lot of this stuff is just as you get to a good place, this stuff is bigger than ball."