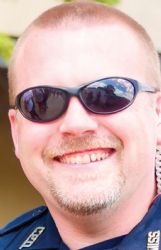 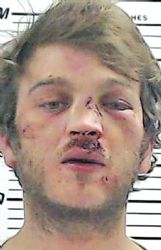 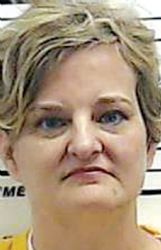 A Hamilton man was arrested and a Columbus police officer who also works part-time for the Caledonia Marshal's Office was injured after a chase from Lowndes to Monroe County ended in a fight between officers and suspects Saturday.

Graham Pritchett, 26, has been charged with aggravated assault on a police officer and two counts of simple assault on a police officer, according to an arrest affidavit from Monroe County Justice Court. The affidavit says Pritchett pulled a knife on Lance Luckey, a CPD patrol officer working for Caledonia during Saturday's altercation. He also hit two county deputies as officers tried to arrest him and the four other suspects in the vehicle.

Authorities said Luckey was taken to Baptist Memorial Hospital-Golden Triangle with bruised ribs and was released without serious injury. CPD Chief Fred Shelton confirmed he is back at work.

Caledonia marshals said the chase began when deputies responded to a disturbance call on Wood Road in Lowndes County and went through Caledonia, ending when the suspects stopped on Lawrence Bridge Road in Monroe County.

According to the affidavit, Pritchett hit multiple other officers during the altercation.

Also arrested was Lori Pritchett, 50, a relative of Graham Pritchett who is facing charges of simple assault on a police officer, and three other suspects in the vehicle who were all charged with misdemeanors.