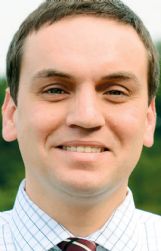 Since the school was established in 2015, that has meant LCSD gets credit for all GTECHS students' test scores, including state end-of-year benchmark testing and college entry exams such as the ACT and SAT -- scores which factor into Mississippi Department of Education's accountability rating of school districts, which are released on an A-F scale each fall. District superintendents each signed a contract with GTECHS, EMCC and MDE in 2015, all agreeing to the test score allocation to LCSD.

CMSD board president Jason Spears told board members during its regular board meeting Monday that MDE officials indicated GTECHS scores will return to the students' respective home districts. Spears worked with school boards at WPCSD and SOCSD and penned a letter to the state board of education on behalf of all three districts, requesting MDE change the test score allocation so that home districts receive credit for scores before the ratings are released. Spears attended the State Board of Education's regular board meeting on Thursday, hoping to see the board's discussion, but the item was removed from the agenda.

"(MDE will) open back up the comment period and bring it back to the board in June. They said they were going to make sure that our districts (get) all accountability testing and other related information for this year and all future years from the GTECH programs," Spears said. "The way it sounds, everything will come back to the home districts."

"It was a good group effort," Gene Brown told The Dispatch. "I was impressed that MDE is working it out. It sounds like it will be good for all districts."

Spears added he spoke with the state board president Jason Dean after the Thursday's meeting.

"He told all of us the reason they pulled it off (the agenda) was because there was going to be a substantial rewrite (of the contract)," Spears said. "They assured myself and the other board presidents, we would, starting this October, be getting back all of our scores from GTECHS."

The Dispatch did not hear back from Dean before press time today but MDE's communication director emailed a statement confirming the state board is looking at changes to the GTECHS contract.

"A policy about this issue did go out for public comments earlier this spring, and the MDE is reviewing feedback and considering changes," Director of Public Relations Jean Cook said in an email. "(GTECHS accountability scores is) in the feedback being considered. We expect to bring a revised policy to the board this summer to begin the public comment process again. It is premature to speak about what action the board will take."

LCSD Superintendent Lynn Wright said it makes sense for districts to want their respective scores back.

Spears said since sending the letter, he was pleased with the process and feedback from MDE officials.

"We are very happy with (MDE) realizing the issues this has created with the districts, to ensure everyone is getting the credit for those students attending that program," Spears said. "I'm very appreciative of them listening to us, as well as MDE responding appropriately to ensure that all our students and staff get credit."