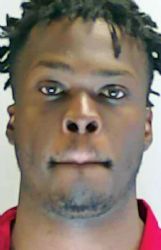 An Oktibbeha County man arrested for the murder of three men in Artesia earlier this year has been indicted for capital murder.

A Lowndes County grand jury returned a true bill for Clark Allen, Jr., 20. Allen is accused of killing Demario Snell, 31, of Artesia, Mauricio Nance, 22, of Columbus, and Tyshun Fields, 24, of Crawford, in Snell's home at 23 Mobile Dr. on Jan. 15.

Authorites found the three victims in Snell's home after a neighbor reported hearing gunshots. According to arrest affidavits in Lowndes County Justice Court, multiple witnesses provided investigators with a description of Allen, who was arrested later that day. Authorities previously told The Dispatch the murders may have been drug-related.

Allen was denied bond and is currently in custody at Lowndes County Adult Detention Center.