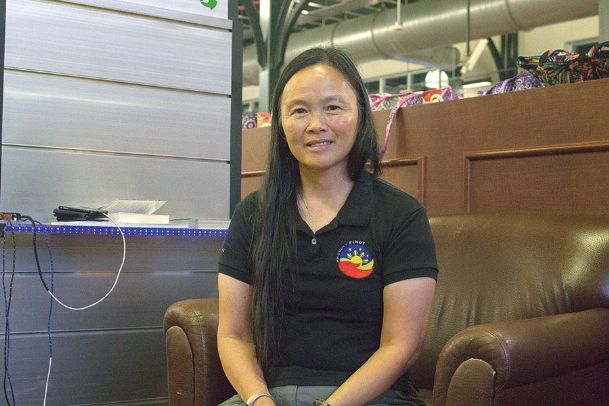 Evita Lopez has been active as a volunteer since her childhood in the Philippines. Lopez still volunteers with nonprofits in the community since coming to Mississippi State University in 1985. Photo by: Alex Holloway/Dispatch Staff 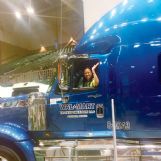 Evita Lopez volunteers with the CREATE Foundation Career Expo in Tupelo. Lopez has been an active volunteer in the community for years and is heavily involved in volunteering through Mississippi State's Maroon Volunteer Center.
Photo by: Courtesy photo

Evita Lopez has been volunteering as long as she can remember.

Lopez, who hails from the Philippines and came to the area to attend Mississippi State University in 1985 for graduate school, got her start as a volunteer as a child in her home country. There, she said, her late mother operated a charity organization that included five daycare centers and offered enough funding each year to support education and health care for 300 children per year, from grade school to graduate school.

"I grew up in a family that volunteers a lot," she said. "Even before grade school. It was mostly health care and helping flood victims because we have floods a lot in that country."

When she arrived in Starkville, Lopez started volunteering by teaching at Sunday school. Then, she got involved as a judge for a science fair Mississippi State's College of Engineering hosts.

That's blossomed into getting involved with just about anything and everything she can find time for, including working as a judge for the Mississippi BEST Robotics competitions.

Lopez said she particularly enjoys judging things like the robotic competitions and science fairs because that can help students -- even if the payoff comes through later competitions.

"As a judge, I make sure that they go further," she said. "Whether they win or lose, I always make sure to give my input. ... There are a lot of schools that don't have opportunities like Starkville, where parents have access to different labs. A little suggestion can help a lot."

Lopez also volunteers as an official for SEC track and field and officiates track and field events for younger kids during the summer. She said during track and field season, she can put in about 40 hours per month in volunteer work, and that doesn't include smaller projects she might work on at home for her church.

She works closely with MSU's Maroon Volunteer Center and volunteers around the state. Lopez said she tries to stay close to home, but she's not particularly picky about what opportunities she'll take when she can.

"Most of the time it's just nearby -- anything that's close by," she said. "I have volunteered in other states, but mainly because my children are close I volunteer around the Starkville area."

Lopez sees volunteering as a way to not only better the community, but to better her own life and that of other volunteers. She said she finds the work fulfilling, and has convinced coworkers to get involved in volunteer efforts.

"It's important because it makes them grow and build more confidence in themselves that they can do something different," Lopez said. "It can give them self-satisfaction that simple things can make a big difference for those people around them."

As an example, Lopez said she took her children to the Philippines when they were young, to one of her mother's daycare centers. She told her kids to take their toys with them. Once they arrived, they donated the toys and Lopez used the opportunity to show her children how even small gifts can make an impact in other people's lives.

"We visited the school and gave them used toys," she said. "They (her children) were proud of it. They were happy and I told them that might be the only toys they get for the whole year, and whatever you give them will be shared among a whole family."

Though she's put in years of volunteer work, Lopez said she doesn't see herself stopping anytime soon. In fact, she said she plans to continue volunteering after she retires from her job.

Through it all, she keeps her mother in mind as an inspiration.