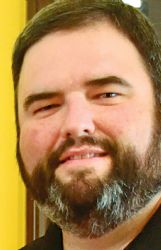 With the approach of the soccer season five months away, Caledonia officials met Monday evening to go over plans to light two of the four soccer fields.

What they got instead was sticker shock, which may again threaten to disrupt the town's plans for the soccer season.

With $175,000 available for the lighting project, town officials believed there was sufficient money to light two of the four fields in the soccer complex, based on a preliminary cost estimate by Calvert-Spradling Engineers. But Monday, an updated cost estimate has sent the project back to the drawing board.

In a joint work session of the town's board of aldermen and park commission, project engineer Matt Forrester set the estimate at $165,000 to light one field and $100,000 to provide lighting for each of the other fields.

"I don't see, unless there are some significant changes to the plan, how we are going to light the two fields for less than $230,000 to $240,000," Forrester said of lighting two fields.

Forrester said the preliminary estimate in August did not include several items, including sales tax and the higher than anticipated cost of bringing power to the site. He said the plan he presented to the city was "focused on a standard of performance in the specs to insure a top quality lighting system."

"We wanted to make sure there is going to be a quality that you expect, something you are going to be happy with long-term," he said.

"We just don't have that kind of money you're talking about," Alderman Quinn Parham said flatly. "There has to be another way."

"It may come down to wanting a Mercedes, but having the money to buy a Chevrolet," Mayor Mitch Wiggins said. "Isn't there something we can do?"

The bulk of the money available from the project comes from a $145,000 grant from the state's small municipality grant program. Last year, the town had secured another $25,000 in in-kind services.

Under the cost estimate provided Monday, the lighting would consist of 1,200-watt LED lights mounted on 70-foot poles.

Parham, an administrator with Monroe County Electric Power Association, said he believes the fields could be lighted for less than $100,000 by switching to 60-foot poles with 500 LED lighting.

"That's what we have at the (baseball fields)," he noted. "The 500-watt (lighting) on those fields seems to be fine. I haven't heard any complaints about it."

Forrester said he was confident he could find ways to reduce the costs to meet the $175,000 budget.

The other issue is timing.

"We've lost kids every year who are going to Columbus because we are playing soccer on baseball fields," said park commission member Beth Chisolm. "We're going to lose our whole program if we don't get this soccer field up and running. We've been waiting a long time. We've got the money and now it's not enough."

"Give me a few days and let's see what we can come up with," he said. "We'll shift the design and come back with some more ideas that may work."

"We want the best quality we can have for the money available and want it completed by September," he said. "Can we do that in the time we have available? I don't know. I'm concerned."

As the meeting adjourned, Alderman Tammy McCool made a three-word request: