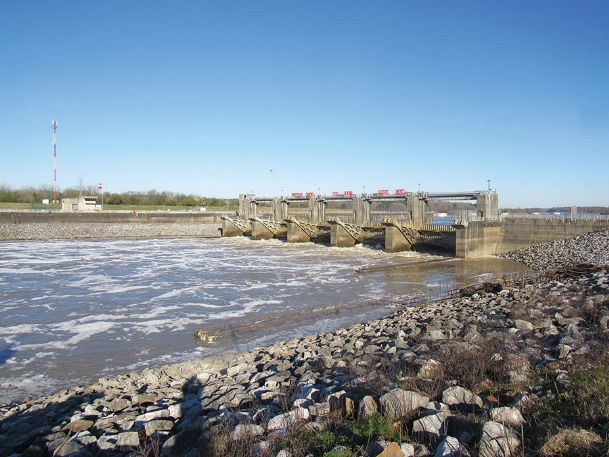 After heavy flooding shut down commercial traffic on the Tennessee-Tombigbee Waterway between Coffeeville, Alabama, and Aberdeen almost seven weeks ago, traffic south of Columbus has now returned to normal. Photo by: Dispatch file photo 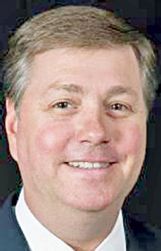 It's been almost seven weeks since heavy flooding shut down commercial traffic on the Tennessee-Tombigbee Waterway between Coffeeville, Alabama, and Aberdeen.

The good news: traffic south of Columbus has now returned to normal.

The bad news: It will be another 10 days before commercial traffic through Aberdeen resumes on a limited basis and months before it is back to normal.

"The blockage in Alabama has been cleared," said Cesar Yabor of the U.S. Army Corps of Engineers in Mobile, Alabama. "In Aberdeen, the recent rains have caused some delays with the dredging there. It looks like it will be about 10 more days before we can open it for commercial traffic."

For Eddie Rushing, the opening of the river at Aberdeen can't come soon enough.

Rushing, port manager of Logistic Services, said in early March he expected to lose about 100,000 tons of business.

"We'll be happy to see the channel north open back up," Rushing said. "It hasn't been quite as bad as we thought it would be back in March, though. We've picked up some extra work coming from the south. We also picked up some business from Tronox that normally goes to Amory. Of course, we're still hoping to get the channel open in Amory."

If all goes according to schedule, a narrow channel will be cleared through Amory, allowing limited commercial traffic to commence.

"Under normal conditions, you see barges three-wide going up the river, which is 300 feet," said Lowndes County Port Manager Will Sanders. "The lane they'll open in May will be only 150 feet wide. To get it fully open, we've been told that might take another four or five months."

While localized flooding has caused temporary delays in the dredging work, it has in some cases worked to the advantage of local businesses that rely on the waterway.

"Because of shoaling, they were able to get a barge in at Southern Ionics," Sanders noted. "But with the last flooding we had, the water level rose enough to allow them to bring barges in there. So it was actually a good thing for them."

Yabor said the Corps of Engineers estimates shipping along the waterway is down by roughly 500,000 tons compared to the same period last year.

Rushing, meanwhile, said the flooding has hurt business, but not critically.

"We have 17 employees and we haven't had to lay anyone off," Rushing said. "So we're hanging in there pretty well."