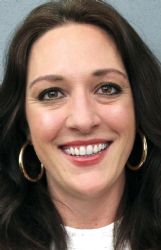 During a presentation to downtown Columbus business owners, Caroline Hearnsberger, a retail recruitment specialist with The Retail Coach of Tupelo, said JLL has recently accepted a bid to repair the mall's leaking roof and are currently bidding out for parking lot and light repairs.

"They're definitely interested in, and wanting to, do repairs to the inside and the places in the parking lot that aren't exactly safe," she said. "They've already taken care of the missing tiles in the interior. So they're definitely moving forward in making the property look better."

Former owner Security National Properties lost the mall in a foreclosure sale earlier this year amid a host of retailers moving out of the property on Highway 45. The former owners deferred maintenance on the mall's leaking roof for years, and only repaired a portion of its parking lot after city leaders applied pressure to SNP to do so.

Hearnsberger said JLL, which took over mall management late last year after the foreclosure sale was announced, is also working to "actively attract" retailers, something she finds "encouraging," since JLL's plans to repair the mall bode well for interested retailers her company is trying to attract, particularly to the anchor space previously occupied by JCPenney.

"I can't go into specifics," she said. "But there are still companies definitely interested in that space. ... It's just a matter of putting the right puzzle pieces together."

Representatives from JLL and Leigh Mall did not respond to The Dispatch's requests for comment by press time.

Hearnsberger said local, regional and national retailers "are also still interested" in the empty Kmart space on Highway 45 and the Office Depot Space on Old Aberdeen Road, which has not yet been vacated. As downtown business owners questioned whether retail is "dying" in Columbus, she assured them changes are "imminent" to the struggling retail scene.

"I know it's frustrating to see people vacating those spaces," she said. "But there is movement."

Despite The Retail Coach's focus on the Highway 45 corridor, Hearnsberger said downtown Columbus' retail has not been forgotten. It's just doing a little better than most of the other retail corridors in the city, she said, largely because of the amount of foot traffic those stores see.

"When you have people living and working down there, they often just want to walk down somewhere and get a bite to eat or buy shoes, whatever," Hearnsberger said. "And there just aren't that many vacancies here."

Of 136 retail spaces downtown, only 12 are vacant, according to Columbus Main Street Director Barbara Bigelow.

Hearnsberger added that, "contrary to popular belief," big-box stores like Belk and online marketplaces like Amazon are not "choking out" local businesses.

"People love having a personal shopping experience," she said. "Especially younger people -- the people in the 18 to 24 age range -- they like being able to touch and look at the merchandise. They can go and get what they need right away instead of waiting for shipping."

Homer Beaty, owner of Fashion Barn at the corner of Main and Fifth streets, said he agrees. He believes stores like his, especially those selling clothing and shoes, do better in-person than online.

"People like to touch and see and feel things," he said. "There's not a substitution for being able to look at something."

"I was encouraged that they actually looked at downtown Columbus," she said. "I wanted to make certain (The Retail Coach) realizes downtown is an important part of retail in Columbus, and it sounds like they do."

The city hired The Retail Coach in late 2018 to a one-year contract for $35,000 to identify the best uses for vacant properties and under-utilized retail corridors, recruit businesses to locate to the city and bolster existing businesses. The city has the option to renew the contract for $25,000 per subsequent year.