'For the people that went here, it's sacred ground': Lee High alumni reflect on school days as building undergoes renovation to high-end apartments 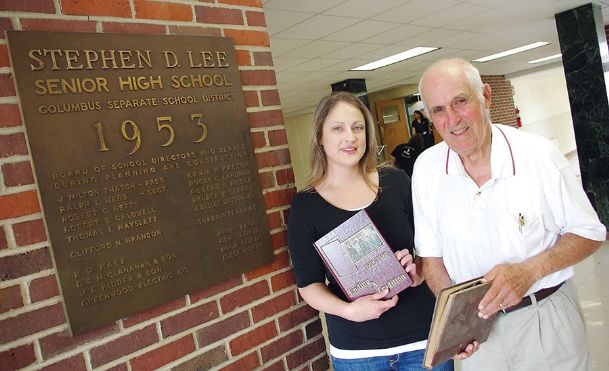 The Lee building, former home to the Lee High and Middle schools, is being renovated into apartments, a restaurant and an event space. Developer Scott Berry says Phase 1 of the renovation should be completed by September.
Photo by: Amanda Lien/Dispatch Staff

Football games at the Magnolia Bowl; her senior class prank which involved a greased pig, the school gymnasium and harried coaches scrambling to catch it; and her drivers education class, which always ended early so she, her classmates and the instructor could all get lunch at the restaurant over the hill.

She also thinks about the hallways, lined with lockers, their straight lines a lesson in perspective during her art classes one semester.

"I remember so clearly sitting in the halls and drawing them," Littlejohn said. "We learned how to draw them so the lines made it look like they were getting smaller."

Soon, those halls -- lockers still intact -- will be full of residents, rather than students. Developer Scott Berry is turning the old Lee High School building into The Lofts at Lee, a 23-apartment property redevelopment.

"We're hoping to be complete by Sept. 1," Berry said. "We want to start leasing then, and I'm really hoping for it. I don't think that'll be a problem."

The school building was built in 1953 and originally housed white students during the final years of segregation in Columbus, a fact that earned the property state landmark status from the Mississippi Department of Archives and History last year. The school later became Lee Middle School and closed its doors in 2011 after the school district opened Columbus Middle School on the other side of town. Berry purchased the building last year and immediately began renovations.

In addition to apartments, Berry plans to include a 200-seat restaurant, an event venue where the auditorium used to be that can hold 1,000 people, and renovations to the old gymnasium (greased pig optional). Twenty of those apartments will be long-term rentals, old classrooms that have been renovated into two bedroom-two bathroom lofts and one bedroom-one bathroom lofts, Berry said. The three largest apartments -- the biggest one, where the Lee library used to be, is three bedrooms and roughly 3,500 square feet -- will be short-term rentals that are meant to compliment the event space.

"If people are coming in for a weekend wedding, say, and they want to have the rehearsal and the wedding, we want them to say, 'oh, can we have those apartments too?'" Berry said. "They're designed to be complimentary."

Space aside, Berry was first drawn to the property because of the memories it contains. He graduated from Lee High School in 1971, and, like Littlejohn, who graduated in 1968, it brings back a whole host of fond memories. For that reason, Berry wanted to maintain as much of the original school structure as possible, so that tenants would always remember where the building came from.

That includes the commemorative plaque, a solid brass square that used to adorn the school's lobby right next to the auditorium entrance. The plaque showed the school building's year of completion and a list of the school board members, principal and everyone else that made the building possible. When Berry realized the plaque was missing -- probably taken, he said, during the period of time when the building stood empty -- he set about trying to find it, or at least, finding someone to recreate it.

Littlejohn likes to think about all the other original features the building still contains, the brick walls and lockers, even the doors to the apartments, which are the same classroom doors from the building's days as a school. She said she hopes the memories people make in those apartments are just as good as the ones she and her classmates made.

"I'm glad someone had the foresight to do something with (the building)," she said. "For the people that went here, it's sacred ground. I can still drive there and remember where I parked. I'd much rather think of people cooking, having friends over, seeing the grandkids, than think about it being torn down."

Littlejohn's former classmate, Gail Cooke of Columbus, said she hopes the building's history attracts people that want to "put down roots" in Columbus.

"I'm just as excited as can be," she said. "I hope people moving here want to be a part of the city, want to learn about where they moved to and make a home for themselves."

"Who knows," Littlejohn added. "Maybe they'll even want to learn the history of Lee High."