Advocate: Kratom 'should be regulated,' not illegal 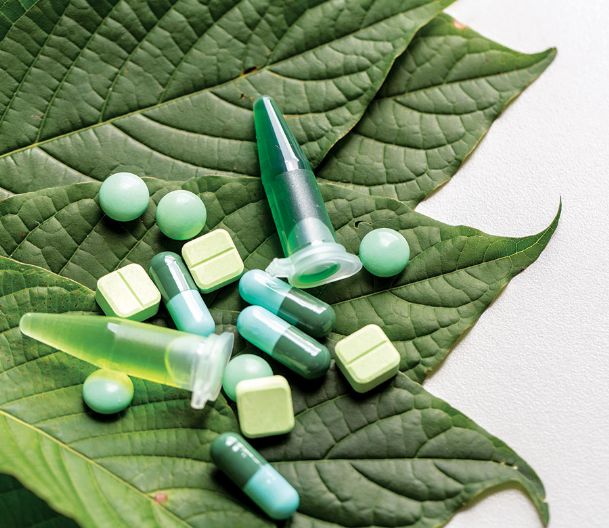 C.M. Haddow knows a Georgia narcotics officer who once entered a convenience store in north Georgia and asked if the store carried kratom, a substance commonly found in convenience stores and which many people use as pain relief medication.

Not only did the store carry it, but the clerk pointed the officer to the particular product that would give someone the "best high."

But that particular product couldn't have been pure kratom, said Haddow, who works as a senior fellow on public policy at the Virginia-based advocacy group American Kratom Association. Haddow said unless kratom is laced with another substance -- what he calls an "adulterated product" -- it doesn't result in users getting high the way traditional opioids do.

"If they market it that way and you buy it and you get high, they put something in it," Haddow said.

Haddow argued it's these adulterated products that have caught the attention of the Food and Drug Administration and law enforcement, resulting in various regulations and even bans of the product throughout the country -- including in Columbus where the city council voted Tuesday to make it against city ordinance to sell or possess the substance.

While it is still legal in other parts of Lowndes County, supervisors are planning to hold a public meeting in March on a proposed ordinance banning kratom, a meeting which prompted Haddow to send a letter from AKA to supervisors asking the product not be banned.

However, businesses in the area have already stopped selling kratom, which is typically marketed as a dietary ingredient and can be sold as liquid, capsules or powder. While dietary supplement stores such as GNC and Max Muscle Nutrition haven't carried it, convenience stores and gas stations do.

Sherri Sherrod works as a manager at a Chevron in Lowndes County and a Texaco in Columbus, both of which stopped selling kratom this week. Before that, however, she said she knew of at least five regular customers who came to buy kratom weekly or even daily. More recently, she said, people had been coming in the store just to ask what it is.

"It is a popular thing," she said, adding most people who use it regularly have told her they use it for pain relief, though the occasional customer has said it's helped wean them off more addictive substances.

The Chevron on Highway 45 beside Leigh Mall has also pulled the product from their shelves, said Sam Ali, who works at the store. Like Sherrod, he said there are "about five" routine customers who purchase kratom because they say it gives them relief from pain.

But kratom has caused concerns for law enforcement throughout the state, particularly in northeast Mississippi, said Mississippi Bureau of Narcotics Director John Dowdy. He said officers have reported coming into contact with individuals who came from Alabama, where kratom is illegal, to purchase the product and became involved in some other crime because it made them inebriated.

"There is absolutely no regulation of it," he said.

The FDA has issued a blanket warning against kratom and it's listed as a "drug of concern" by the Drug Enforcement Agency, meaning while it's not a controlled substance, it can pose risks to individuals who abuse it.

Both Haddow and Dowdy said the DEA considered making the product a controlled substance in the 1990s but backed off because of public outcry.

Haddow and Dowdy agree on something else too: There needs to be regulation of kratom.

According to the National Institute on Drug Abuse, the FDA has linked 44 deaths worldwide to kratom. Only one of those deaths is being investigated as possibly the result of an overdose of pure kratom -- though Haddow said in that case, a family member reported the victim had been using kratom and that there is no documented evidence that was the cause of death.

In the other deaths, all the drugs in the victims' systems were adulterated products, according to NIDA.

In Mississippi, Dowdy knows of two overdose deaths in as many years where the victims had kratom in their system, along with other substances.

Two components of kratom also found in opioids are mitragynine and 7-hydroxymitragynine. The second component, Haddow said, is only found at rates of about 1.6 percent in kratom. If it's more than 2 percent, or "purified" then it's an adulterated product, he said, and not pure kratom.

"We certainly oppose that kind of thing," he said.

He said the controversy surrounding kratom comes from a "longstanding attempt by the FDA" to regulate the dietary supplement industry -- with some good reason, he said, as in the 1980s and '90s, manufacturers, vendors and independent contractors began making false claims about the supplements they were selling and amateur chemists sometimes mixed products in dangerous quantities.

That's the reason AKA pushes for proper labeling of packaging, high manufacturing standards and regulations such as not selling kratom to children under 18, Haddow said.

He also pointed out it's illegal for vendors to make claims that kratom -- which he calls a "dietary ingredient" rather than a drug -- can be used for anything other than a simple mood booster or vitamin, a substance similar to coffee and with about the same levels of addiction, he said. However, nearly 5 million people in the United States use it, he argued, and if they say it helps relieve minor pains and keeps them from becoming addicted to serious opioids, they should be able to do that.

Dowdy agrees that adulterated products and lack of regulation lead to the issues around kratom, he is far from convinced kratom itself is safe to use.

"In all fairness, I will tell you it is not uncommon for drug abusers and people who have drug addiction issues to take substances and mix it with other things and make it more potent," Dowdy said, "but that's not to take away from the fact that based on information we have at MBN that kratom can be abused and can become addictive."

That's the reason MBN was a proponent for failed legislation last year that would have made kratom illegal in Mississippi, he said.

"Nobody knows anything about this product," Dowdy said. "This is not a product that has been approved by the FDA that I know of. ... You can find it in every shape, form or fashion that you can think of in a convenience store. What concerns me from a public safety standpoint is when people are buying these kind of products in a convenience store, they simply do not have any idea what they are getting at all.

"If they've got something that they're selling as kratom, we're going to assume that's what it is," he added. "But we know enough about it at least to understand that there are propensities within that product that can cause an individual to become impaired if not substantially impaired with a high akin to a lot of alcohol or even possibly prescription drugs."

5. Alabama man dies after truck he was repairing falls on him COLUMBUS & LOWNDES COUNTY