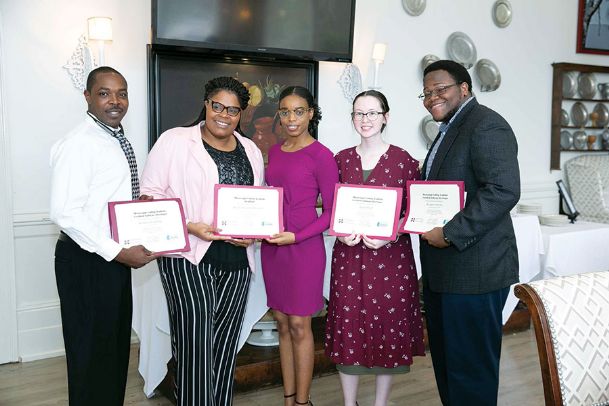 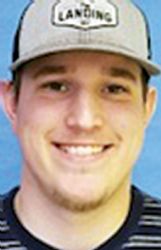 When Kingdom McGee had to withdraw from Mississippi State University, he didn't know his next step.

McGee, 23, was diagnosed with severe blood clots and never thought he would walk again. The Crawford native said he saw a newspaper on his table advertising 11-month free tuition for a coding academy in Columbus. McGee's health started to improve and he decided to take a chance.

"It sounded too good to be true," McGee said. "But I thought, 'why not?' I was interested in computer science but I had no coding experience."

More than a year after he started in the academy's first class in November 2017, McGee is now one of nine coders who graduated from GTR Coding Academy last year. He was one of six that found immediate employment. All six had starting salaries of at least $37,000.

McGee said he learned the basics and fundamentals of coding in various computer languages at the academy. Now he's a contractor for the Army Corps of Engineers in Vicksburg.

"I never would have imagined I would end up here," McGee said. "It's sort of surreal going from things looking pretty bleak and ending up with a job that's really a start to my career."

The GTR Coding Academy is one of two in the state, with the other in Jackson, that offers training and coding practices in order to fill technical positions in Mississippi. Director Sarah Lee, MSU engineering professor, said the goal is to expand students' opportunity for success in technical fields.

"It's to create more computing pathways for people in Mississippi," Lee said. "Not everyone is the same so not everyone is on a pathway to college. We don't all fit into the same mold. In order to increase the pool of technical talent in the state, we have to think outside the box."

The academy, a MSU affiliate, creates a work environment for coders, where they complete coding projects both independently and in teams. The classes are from 9 a.m.-3:30 p.m. and work with the MSU school schedule.

The program is 11 months long and is tuition-free. It's funded through MSU, Mississippi Development Authority and other state agencies. The end goal of the program, Lee said, is to secure high-paying jobs post graduation.

The first class graduated in November, with a graduation ceremony this past Saturday. Lee said she is still working with three of the graduates to find jobs.

One of the nine graduates, 23-year-old Reece Pavatte, has already found a job as a client technician for BankTel in Columbus. Like McGee, in 2017 Pavatte didn't know what he would do with his life when he enrolled in the academy's first class.

"I knew I wanted to be in school," Pavatte said. "I had no prior coding knowledge or experience. But I did it anyway and I fell in love with it and thought this could really be a career for me."

He hopes to eventually become a software engineer after he learns the ropes of BankTel and how it operates.

"I got here without student debt," Pavatte said. "It's pretty exciting and something I never thought I would be doing. (The academy) really pushed us. I enjoy making projects and I can definitely see it as a long-term career option."

For McGee, finding a job after graduating wasn't easy as he watched his classmates recruited by employers. Last November, he received a rejection letter, but just four days later, McGee said he had a voicemail from the Corps that changed his life.

"They said, 'we like what we see,'" McGee said. "I was floored. Before, I thought that my opportunity was gone. That moment was life changing for me." McGee said that wouldn't have happened had it not been for his education at the coding academy, which taught him to never stop learning and to grow with technology as it progresses.

"There's no telling where my job might lead me," McGee said. "I'm pretty easy-going and I'm eager to see what else is out there for me. My past two years have been truly blessed. You can't write or make this stuff up. I have a creative background and coding is another one of those outlets for me and people want to pay me to do this."

Though the first weeks of his job is primarily training, McGee said he will be doing software development for various branches of the military. In the end, he hopes to eventually work for a government agency.

Lee said although the goal is for coders to find a career, the benefits of the coding academy extend beyond each individual student.

"It's life changing for those students who complete the program and are able to go into employment," Lee said. "It's also a positive thing for the state in that we are increasing the tax base and increasing the pool for qualified persons for technical jobs, which hopefully will result in more companies coming to Mississippi and providing those jobs."

The second class of coders is slated to graduate 13 students in June. Lee said the academy is taking applications for the next class which will start in July. Each application is reviewed by a board and followed up by an interview. The academy looks for strong applicants who the board can see will take the class seriously. Looking to expand, Lee hopes to have 20-30 candidates for the third year's installment. Those interested can apply online at mscodingacademy.org.

"When you're working in a technical field, you have to be a lifelong learner because the technology is changing so rapidly," Lee said. "The learning doesn't stop after you graduate. It's taken them from either unemployment or hourly wage employment to professional positions and working in a professional environment with a competitive salary in the state."