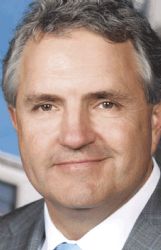 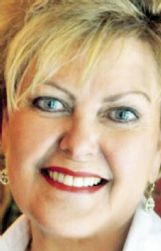 A pre-filed bill in the Mississippi Legislature to revive the 2-percent restaurant tax in Columbus includes a little something for everybody -- and significantly less funding for one entity, in particular.

Still, the plan is headed to this year's legislative session with the apparent full support of the local delegation, a marked change from a dispute between local lawmakers in 2018 that caused the more than 30-year-old county-wide restaurant sales tax to expire in June.

Rep. Gary Chism (R-Lowndes County) filed the new bill in December that, if passed, would create a 2-percent sales tax on food and beverages only at businesses within the Columbus city limits whose annual revenue for those items is at least $100,000.

Further, the bill directly designates $400,000 for the city and $300,000 for the county from the tax each year for each to use for "tourism, special events, recreation and entertainment," as well as $250,000 for the Golden Triangle Development LINK for economic development services.

The rest of the collected tax funds will flow to the Columbus-Lowndes Convention and Visitors Bureau to use to promote tourism. That still is expected to be the lion's share of the tax, which collected about $2 million in Fiscal Year 2017. But previous versions of the tax only divided the money between the CVB and LINK, with no direct money to the city or county.

Both the city council and county board of supervisors approved resolutions in late 2018 asking for the tax to be levied with those appropriation divisions.

If the Legislature approves the bill as presented, it would go into effect automatically later this year unless citizens call for a reverse referendum, which requires 2,000 registered Columbus voters sign a petition forcing the measure to a public vote. If that happens, the election would be held in Columbus only, and it would require 60-percent voter approval to pass.

"When it gets down here, it may very well have a direct referendum added (which would require a citizen vote before the tax could be enacted)," said Chism, who serves on the House Local and Private Committee that handles such sales tax legislation. "This is the way I drafted the bill because that is what the city and county wanted (in their resolutions), and I support it."

"I've been practicing law for 39 years, and I've only seen a reverse referendum one time," Smith said.

The legislative session begins next week.

No dispute this time over 'floor'

After months of local debate on how the money would be divided, the county and city finally agreed on resolutions to renew the county-wide restaurant tax in spring 2018.

But when the measure arrived to Jackson, a disagreement between Rep. Smith and Sen. Chuck Younger, also a Lowndes County Republican, on what businesses should have to collect the tax ultimately killed the bill, allowing the tax to expire.

Smith wanted the tax to apply only to businesses that collected $325,000 in food and beverage revenue annually, which was the case in the previous form of the law about to expire. Younger supported removing that "floor" and requiring all businesses that sell prepared food and beverage to collect the tax, regardless of revenue, which is what the city and county requested in their joint resolution.

"Removing the floor all together was going to encompass a lot of small Mom and Pop eating places all over the county," Chism said. "This will only apply to businesses in the city that have at least $100,000 a year in those sales. That's a major factor to me."

Both Smith and Younger said they fully support the new bill, too, though Younger said he still believes a county-wide tax with no floor would be better.

"It shouldn't be a headache this time ... as long as we don't change the rules in the middle of the game," he said.

Rep. Kabir Karriem (D-Columbus) did not return a call from The Dispatch by press time.

Recreation 'highest and best use' for funds

The city plans to use its restaurant tax funds to pay for an estimated $1.6 million in ball field improvements at Propst Park, as well as building the second phase of the Sen. Terry Brown Amphitheater at The Island -- which would include seating, fencing and a concession stand -- according to Mayor Robert Smith.

Supervisors' President Harry Sanders said the county would likely use its funds toward building what it hopes to be a "regional" sports complex, with baseball, softball and t-ball fields, west of Columbus.

In either case, each entity could issue bonds to complete those projects quickly and use tax funds for annual payments on the debt without raising property tax rates.

As a side deal to the tax, the CVB has agreed to grant $60,000 in tax revenue for city festivals each year, as well as $30,000 for festivals in Crawford, Artesia and Caledonia.

Though the city's and county's $700,000 gain is the CVB's equivalent loss, Chism is confident those recreation projects are the "highest and best use" for that money.

"It will serve more people doing it this way than just giving money to tourism and letting just the (CVB) board determine what the needs are," he said.

"Sometimes you just have to live within your means and that's what (the CVB) will have to do," Younger said. "Parks and Recreation in the city and county really needs some of this money."

On Wednesday, Columbus councilmen also approved a resolution requesting an additional 1-percent to the food and beverage tax that would fund infrastructure as well as operational costs at the amphitheater.

On one hand, the organization received more than 90 percent of its annual funding from the county-wide tax. When it expired, it eliminated staff positions, slashed its advertising budget and began operating from its reserve funds.

Once the new tax passes, fresh revenue will start flowing in again, but Carpenter said CVB will still feel the crunch from the reduced appropriation.

"It will affect us greatly," Carpenter told The Dispatch. "We will just work smarter and harder and make sure every dollar we spend brings a strong return on investment for our local businesses."

Carpenter said CVB will restore its advertising budget and continue to target conventions and sports tournaments -- especially soccer and bass fishing events that have seen success in the past.

She plans to use more social media campaigns to promote local businesses and events. CVB also is planning fundraisers for this year, including selling bricks removed from the original Tennessee Williams home before it was remodeled as the Columbus Welcome Center.

Carpenter said she hopes, too, the city and county will use some of their $700,000 allotment from the tax to reinvest in CVB efforts, specifically events like the annual spring Pilgrimage.