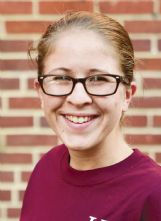 The more than 30,000 square-foot building is listed for $2.5 million. It's at least the second time in four years the bank has made an earnest effort to sell the building.

In 2014, Starkville's Board of Alderman pursued purchasing the building and renovating it for a new police headquarters. After months of discussion, aldermen voted against paying the $2.55 million purchase price and instead renovated the former City Hall on East Lampkin Street to house the police department.

At the time the city was considering the bank building purchase, Cadence officials indicated they planned to build a new main Starkville branch on property the bank owns on Russell Street. If the downtown building sells this time, that may still be the plan.

"Long-term, we may decide to build a new facility on our Russell Street property, but a this time, we have no definitive plans for moving from our existing office on Main Street," Cadence Mississippi President Jerry Toney emailed to the Dispatch.

Also in Starkville, a Godfather's Pizza will be open in the Midtown development this spring. Midtown developer Jeffery Harless confirmed the pizzeria plans to begin construction at 301 University Dr., Suite 2, in the coming weeks. Godfather's is a pizza chain and buffet that began in 1978 in Nebraska. Since beginning, it has expanded to more than 600 restaurants in 40 different states.

Rumors have been circulating of Ceco Building Systems closing its doors.

Ceco Building Systems, 2400 Hwy 45 N., will remain in operation, as it has since 1947. The business, which constructs material for pre-fabricated buildings, is moving to a smaller location about three miles further down Highway 45, according to Human Resources Director Tim Lamm.

Lamm would not disclose if Ceco will downsize its employment or give a reason for moving locations. The move should be finalized by early January.

If you're driving on Highway 45, you may have seen a new sign for a nail salon. Nails and Spa, 1726 Hwy 45., has an "opening soon" sign posted in its window. The Dispatch could not reach the owner for comment. The nail salon will be open Monday through Saturday from 9 a.m. to 6:30 p.m.

Also on 45, if you haven't noticed K-Mart has officially closed its doors in Columbus.

Penny Ridge Grocery, 2003 Ridge Road between Caledonia and Columbus, is for sale. Owners Deanna Jordan and John Wooten renovated and opened the gas station this past March. Jordan said they are looking for a buyer but intend to close shop by Saturday afternoon.