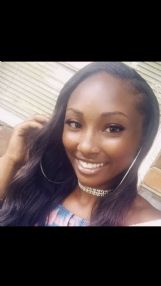 A teenager who was reported missing Tuesday afternoon is safe and with her family, according to authorities.

OCSO Lt. Brett Watson confirmed at about 8:10 p.m. that 18-year-old Geniya S. Jackson was safe and with her family. Jackson had been missing after entering a wooded area near Camps Airport Road at about 1:45 p.m.

At about 7 p.m., Watson confirmed that OCSO has called off a land search after receiving credible information that Jackson hitchhiked into Starkville. He said she was believed to have gone to the Clayton Village area, in east Starkville.

Roughly an hour later, Watson said Jackson was found in Starkville by a family member. He said she's been reunited with her family and was unharmed.