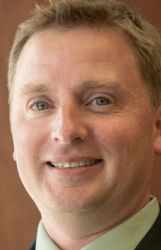 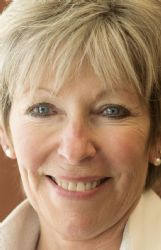 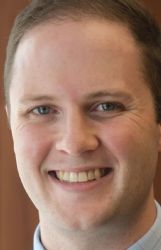 Starkville aldermen approved a $61,000 contract with Memphis architecture firm Dalhoff Thomas for a master plan of an athletic complex at Cornerstone Park off Highway 25.

Ward 4 Alderman Jason Walker said the contract will build off the master plan the city already has for its parks system as a whole. He said it will speak specifically to the construction of a proposed complex at Cornerstone Park, which should help expedite construction, should the city move ahead with it.

"This is for design purposes to get you to a master plan level," Walker said.

He said the plan could include factors like a utilities study or more detailed grading and drainage studies, which would give construction a head start if aldermen decide to pursue the project.

Mayor Lynn Spruill said the city could receive about 114 acres in Cornerstone Park from the Oktibbeha County Economic Development Authority. She said OCEDA has shown a willingness to give the land to the city, as with other economic development projects.

"That gives us a whole lot of options we can use because we keep McKee, we keep the Sportsplex and we have a real serious competitive opportunity we can use here," she said.

"Unless Cornerstone has ... a huge wetland issue for mitigation, then the amount of acreage we were looking at (near the Sportsplex) was half of what we'd get at Cornerstone," she said.

Spruill said Cornerstone is primarily being eyed as a place for new ball fields. She said the facility would be built both for recreational play and for tournaments and could bolster the city's space for RV parking.

"We want to do high-end ball fields," Spruill said. "We want to be as competitive or more competitive than anyone out there. We want to do amenities to go with it -- maybe a splash pad or a batting area. A jogging track -- it's very easy to put something around a facility to allow other facilities."

The creation of a new facility could change the nature of how other parks are used. For example, during Tuesday's meeting, Ward 5 Alderman Patrick Miller questioned what would happen to McKee Park. Spruill said McKee might become a more passive park, with a lake and other activities to go with it, while active playing areas get moved to the Sportsplex.

Miller said he'd like to keep basketball playing fields, which are easily usable for a very wide swath of the city's youth and park-going populace, as accessible as possible.

"It's important as we move forward with parks that we're considering all of the activities that go on in the city," he said. "For me, especially personally, basketball is something that's dear to me as a coach to AAU here in Starkville during the summer.

"When the Outlaw Center at the Sportsplex fills up or there's an event going on, I'd like to make sure that our youth or whoever it might have the opportunity to play basketball in other parts of the city as well and have good, nice facilities just like everywhere else in the city," he added.