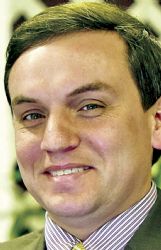 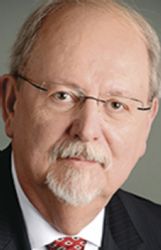 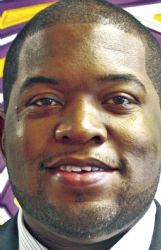 The Columbus Municipal School District Board of Trustees voted Wednesday to hire the Clinton-based Mississippi School Boards Association to conduct the district's next superintendent search.

After nearly an hour of discussion, the four board members present at the Wednesday morning meeting -- Fredrick Sparks, Josie Shumake, Currie Fischer and board president Jason Spears -- had narrowed their consideration from six search firms to two, ultimately deciding Mississippi School Boards Association was a better choice for the district than Performance Based Education Consultants, Inc.

"We felt that Mississippi School Boards Association, after the transaction of working through and successfully selecting a candidate for superintendent, would have ongoing dialogue, ongoing training and things that might help us continue to build more strength here in the district," Spears said.

He noted the two final firms under consideration had the most experience searching for and placing superintendents in Mississippi schools and had comparable cost estimates.

MSBA, Spears said, has a baseline cost of roughly $11,500. Additional costs, which Spears estimates to reach around $5,000, will accrue for advertising, attracting candidates and interviewing.

Spears said CMSD's new superintendent will begin no later than July 1, replacing Phillip Hickman, who was hired to lead the district on July 11, 2014. The school board voted in a Nov. 13 meeting, by a 3-2 margin, not to extend Hickman's contract. He will leave CMSD at the end of June.

Hickman was absent Wednesday, his fourth straight CMSD board meeting to miss since his contract wasn't renewed.

Spears: Process to be as 'public as possible'

"We are in the process of setting up a time in the first week or two where someone from MSBA will meet with (the school) board and take care of helping them establish their criteria," said MSBA executive director Mike Waldrop.

Once the CMSD board and the association have established candidate and search criteria, they plan to work out a timeline for the superintendent search, a process Waldrop said typically takes a few months.

"It depends on how long the board wants to advertise and on stakeholder meetings, but general rule of thumb is we like to allow about three months," Waldrop said. "So if they get their search posted by mid-February, then they should be able to name someone by the end of May."

MSBA has conducted more than 80 superintendent searches for school boards throughout the state. Waldrop said his organization applied to tackle CMSD's search because he believes "this is the most important decision a board will make."

"We are (school boards') professional organization, and as a service to our members, we feel it's our responsibility to assist any way we can when boards have to make this decision to bring in a new CEO or superintendent," he added.

Spears hopes to make this year's search process "as public as possible," barring some inevitable executive sessions. He said the school board plans to have multiple public forums outside regular board meetings, to gather community feedback on candidates.