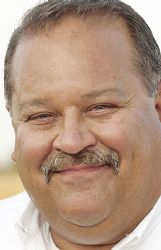 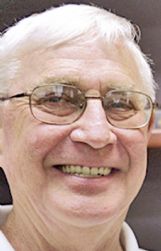 With Mississippi purportedly in the running for landing a major vehicle plant, Golden Triangle Development LINK CEO Joe Max Higgins claims Lowndes County has the ideal spot to put one.

The recently formed 1,444-acre Infinity Megasite, located in the Golden Triangle Industrial Aerospace Park on Highway 82 west of Columbus, Higgins said, is the readiest site in the state to accommodate a major car manufacturer.

Toyota and Mazda announced in early August they're looking across the United States to build a joint plant.

Bloomberg, shortly after the announcement, reported Mississippi may be a front runner in the race to land the $1.6 billion, 4,000-job project, though the search is still in its "very early days" according to company officials.

Higgins said the news has spurred public interest in whether the LINK, which serves as the primary economic development agency for Lowndes, Clay and Oktibbeha counties, is pursuing the project.

Officially, he said, the LINK can't talk about projects it may be pursuing, but if Toyota were to show interest in Infinity Megasite the LINK would be "all ears and welcome them with open arms."

"Understand this --Toyota's not an unknown commodity," he said. "We already know because of (a Corolla plant in) Blue Springs what kind of corporate citizen Toyota is, and they are A-plus-plus-plus-plus-plus. If Toyota knocks on your door, you open it and you offer them some coffee, some Coke, some pastries if you got them and you say 'What can I do for you?'"

Lowndes County Board of Supervisors President Harry Sanders has long dreamed of having a car plant in the county. At first, he wanted one on the site where Steel Dynamics, Inc. ultimately located. Still, that dream burns, and he said possibly landing the Toyota-Mazda project could be tremendous for the region.

"I think about it, not for me personally, other than the satisfaction of seeing a dream come to fruition," Sanders said. "The thing about it is, think what it would do for Lowndes County and this portion of the Golden Triangle, with all the high-quality jobs. I think it would be great to get an automotive industry here."

According to a workforce survey the LINK conducted, existing industries in the Golden Triangle already draw workers from 37 counties across Mississippi and Alabama.

The LINK unveiled the Infinity site in July 2016. It is the third in Lowndes County, along with the Lowndes County Megasite (Steel Dynamics, Inc.) and the Crossroads Megasite (PACCAR), that is part of the Tennessee Valley Authority program that certifies build-ready sites for industrial development. Clay County is home to the Prairie Belt Powersite, which hosts Yokohama, giving the Golden Triangle four total LINK-developed megasites.

A megasite, in economic development, is a large parcel of land designed to accommodate industrial production. Megasites must have at least 1,000 acres and are typically developed with suitable infrastructure and transportation access to attract businesses.

Still, Higgins said the state could face stiff competition from its neighbors. He said west Tennessee and Huntsville, Alabama, have robust megasites that could compete with the Infinity site.

Regardless of the competition, Higgins said the Infinity site was designed for big industrial projects. He also said Mississippi's past successes could help.

"In Mississippi, look at the battles that have been won," he said. "If we roll the clock back 20 years, most people would tell you there's not a snowball's chance in hell Mississippi could get a car plant. But in 15, 16 years we've gotten two (Nissan in Canton, Toyota in Blue Springs). I think that's a good testament to the state of Mississippi. Could we support a third one? Yeah, I think we could."

Higgins said the Golden Triangle will soon be home to a robust workforce development program through the Communiversity. The Communiversity, which is being built on Highway 82 just west of PACCAR, is a joint venture between Clay, Lowndes and Oktibbeha counties and East Mississippi Community College to build a workforce training center.

"A layperson would call it a warranty," he added. "In a way, we're providing peace of mind to a company that we're different than other places they might look. In a way you're warranting your workforce. We have called it, since day one, our aftercare program."

The Infinity Megasite's close proximity to Mississippi State University, which is home to the Center for Advanced Vehicular Systems, is also a benefit, Higgins said.