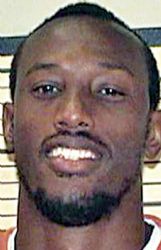 The following related files and links are available.

The Starkville High School graduate was originally arrested last year after he was indicted for allegedly possessing between 250 grams and 1 kilogram of marijuana in the summer of 2015. That indictment was amended Friday to 250 to 500 grams, which carries a 2- to 8-year prison sentence.

Outlaw went straight to the NBA after high school when he was drafted by the Portland Trail Blazers in 2003. He spent a majority of his career with the team, but also played for the Los Angeles Clippers, New Jersey Nets and Sacramento Kings.

In 2014, he was traded to the Philadelphia 76ers, who later waived him.

Outlaw has hosted the annual Travis Outlaw Day in the Park, an outdoor event featuring food, games and activities for youth, since shortly after turning pro.