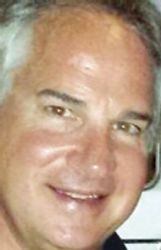 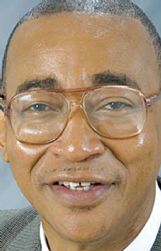 Developer Mark Nicholas could get a bill from Starkville after missing a deadline to complete infrastructure improvements associated with the October acceptance of his Cotton Mill Marketplace plat.

Last year, aldermen accepted the plat -- a parcel primarily containing the shopping center located east of Chick-fil-A -- on a condition that Nicholas complete 54 square yards of asphalting by Dec. 31 and 250 linear feet of curb and gutter work within six months of a commencement date established by City Engineer Edward Kemp.

October's plat approval allowed Nicholas to receive about $900,000 in tax increment financing (TIF) reimbursements from the city for infrastructure work associated with the retail center.

If Nicholas missed the deadlines, the city's resolution states, the city would be entitled to collect $500 per day in damages for each condition.

On Thursday, Mayor Parker Wiseman said the required asphalting work has not yet been completed. The curb-and-gutter project, he said, is dependent upon development of the adjoining property, on which Nicholas previously pledged to build a hotel.

Since that project has not moved forward with construction efforts, the curb's location has not yet been identified, Wiseman said.

It is not clear if the city will pursue collecting the damages. Wiseman said the project itself is relatively small and should not take a long time to complete.

Nicholas did not return calls and messages for comment on Thursday.

"We will make a determination as to his obligations when he has completed his work," Wiseman said. "He has notified the city that he has the project under contract. It's just a matter of getting the weather to cooperate."

Ward 6 Alderman Roy A. Perkins, who was joined in opposition of the board's plat approval by Ward 5 Alderman Scott Maynard, said the city should take all legal steps to recover the damages.

Taking Nicholas to task, Perkins said, will show other developers that Starkville is serious about its agreements.

"We have an ultimate duty to the taxpayers to ensure that we require strict performance. I don't have any sympathy or hesitation to vote to do that. (Nicholas) has had sufficient and ample time to get it done, and it is pure procrastination, in my opinion, because he probably thinks the city is not going to take any meaningful action against him," Perkins said. "There's no excuse for the work not being complete. He had no hesitation to come before our board to get the money from the TIF."

In October, aldermen pushed Nicholas to dedicate Cotton Mill Drive -- the road that connects his development to Spring Street -- as a public road while discussing the plat's acceptance. That request, however, was not satisfied since the entire project would have then been forced back through the Starkville Board of Adjustments and Appeals since various aspects did not meet city code.

Specifically, the retail strip sits too close to the road and the parking lot is detached, and those variances would require waivers prior to their acceptance.

Delaying the plat's acceptance -- and the TIF reimbursements -- would have placed Nicholas in an unfair position since the city didn't force the developer to go through variance processes at the beginning of the project, Wiseman said last year.

Also in October, Nicholas told aldermen construction on a four-story hotel on a 2.03-acre parcel adjacent to the Cotton Mill Marketplace would begin that month.

Uncertainty has surrounded the project after processes leading to foreclosure sales involving the property were launched last year.

Property sales were "delayed" last year, according to attorneys, and Nicholas in October said he had secured new funding for the project.

The original deeds of trust cited in past legal notices referenced promissory notes combining at $10.89 million. Both were dated July 1, 2014, and had Jan. 1 maturity dates.

In a prior legal notice of foreclosure, Stearns Banks National Association claimed Nicholas defaulted in the "terms, conditions and stipulations" set out in the deeds of trust.

The Dispatch could not confirm the status of the property Thursday.