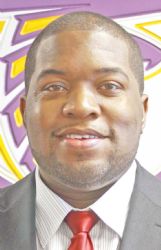 The Columbus Municipal School Board voted to approve $600,000 worth of textbooks Friday on the recommendation of superintendent Dr. Philip Hickman.

The board approved Hickman's recommendation 3-1 during a specially called board meeting Friday morning. Board members Angela Verdell, Currie Fisher and Jason Spears voted in favor with board member Glenn Lautzenhiser opposed. Board member Greg Lewis was absent from the meeting.

Hickman made the recommendation to purchase $600,773.84 worth of McGraw Hill textbooks based on the results from a recent comprehension test. The McGraw Hill-issued test, which was based on Common Core standards, was given to all CMSD students in kindergarten through 10th grade in early August.

The results of the test showed all students were under-performing district wide, according to Hickman.

In May, the district voted to purchase $505,979 worth of new textbooks at the request of former interim superintendent Dr. Edna McGill. The majority of the textbooks remain in the box, unopened, Hickman said. The books that have been opened will be used at Columbus High School. Approximately $200,000 worth of books will be sold to textbook wholesalers, he said.

Hickman requested the new curriculum because the books purchased in May do not meet the student's needs, he said.

During the meeting, Verdell voiced her support for the change saying, "For the last two years, the state of Mississippi, through the Mississippi Department of Education, has told us that our kids aren't learning, even at the lowered Mississippi standards, what they're supposed to learn. For two consecutive years, this district has been rated a D and we have done nothing significantly different from the way that we educate our kids...We've done nothing different for the last two or three years. In my mind, I cannot expect to see a grade different when the test scores come out than what we already have."

She added, "It is my opinion...that we do need to pivot."

The new textbooks and supporting curriculum will arrive in mid-September.