Hwy 45 repaving to happen at night, last until Nov. 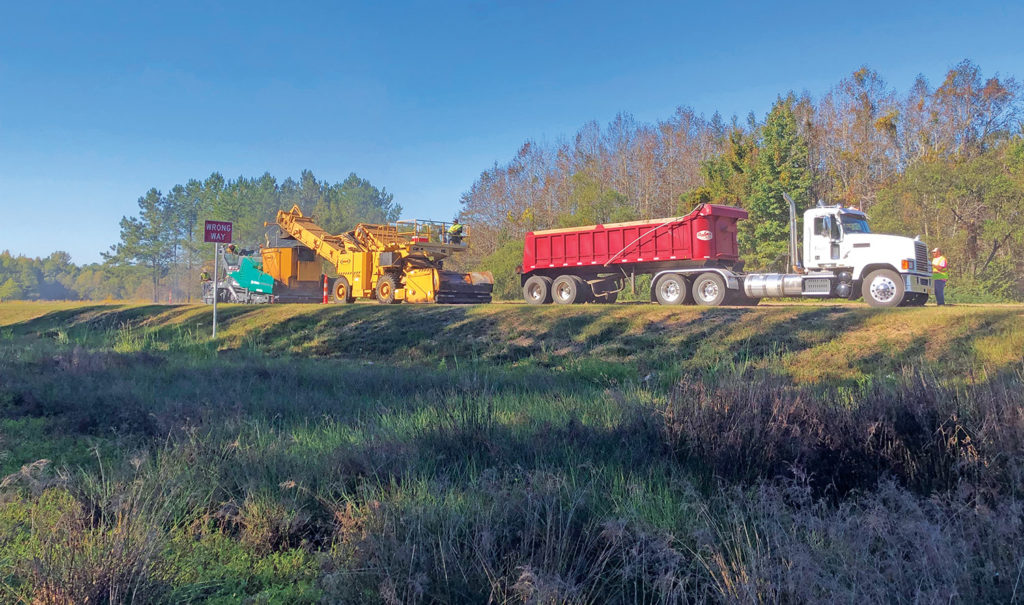 Falcon Contracting Company workers pave the inside northbound lane of Highway 45 North, right outside the main gate of Columbus Air Force Base, on Thursday morning. The Mississippi Department of Transportation project will repave about eight miles of Highway between CAFB and the Highway 82 interchange. Brian Jones/Dispatch Staff

About eight miles of Highway 45 North are being repaved over the next several months, according to the Mississippi Department of Transportation.

The $7.8 million project will mill and overlay about eight and a half miles, starting at the Highway 45/Highway 82 interchange — just south of Leigh Mall, where the T-37 display is — and running north to Columbus Air Force Base, said MDOT spokesman David Kenney.

Half of the project is paid for by federal dollars, Kenney said, and half by the state.

Falcon owner Doug Phillips said his crews started work Monday, moving north from the intersection of Highway 50 to the base.

“We’re working on the two inside lanes now,” he said. “We’ll finish those up on Friday.”

Once those inside lanes are complete, workers will relocate to the Highway 82 interchange inside the city limits and begin working north, Phillips said.

“That work will begin Sunday night,” he said. “We will only work at night while inside the city limits.”

On Sundays work will be conducted from 5 p.m. until 7 a.m., but otherwise workers will be present from about 7 p.m. until about 7 a.m., he said.

“The night work will be ‘fill and mill,’” he said. “That means we will mill out the roadway and then pave it back before the next morning, all on the same shift.”

Phillips estimated the work inside the city will take about three weeks, “if the weather holds out.”

Once the city portion of the paving is done, Falcon will head back to the north end and finish out the other lanes from Highway 50 to the north, Phillips said.

The project does not include any road closures or detours, Phillips said.

“The radar will monitor whether or not someone is at the intersection,” Kenney said. “It is for traffic control only.”

The radar is part of a technological enhancement governing how signals change through the corridor. Rather than simply being on a timer, or using a wire sensor running through the pavement, the system will monitor traffic via radar and adjust the timing on the traffic signals accordingly.

A similar system is in place at the recently renovated interchanges on 18th Avenue North.

Phillips estimated the paving would be complete by November and the striping by December, as long as the weather continues to cooperate.