Keenum: State flag will continue to fly at MSU 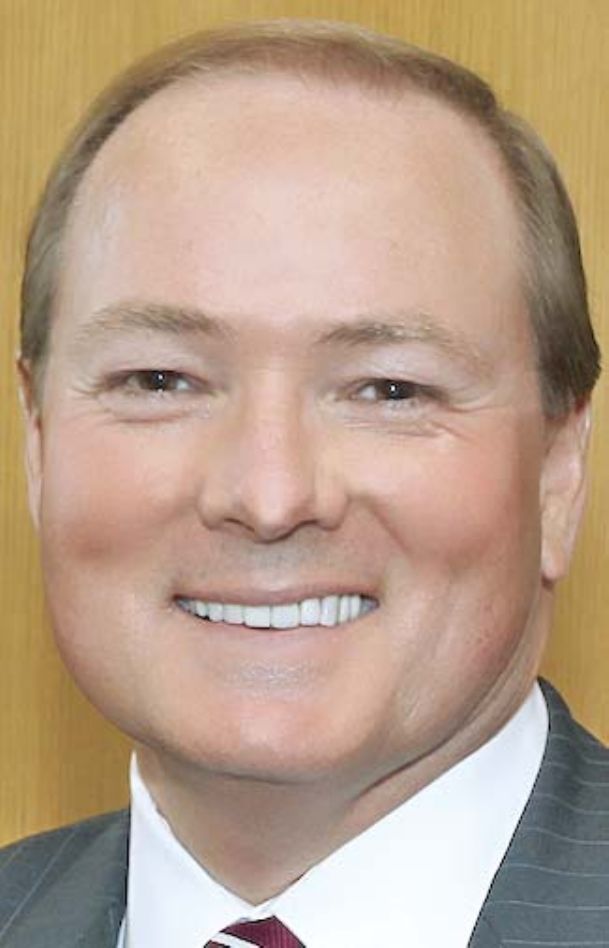 OCEAN SPRINGS — While he supports removing the Confederate battle emblem from the state flag, Mississippi State University President Mark Keenum said it will continue to fly on the Starkville campus.

“The state flag of Mississippi is just that — it is the state flag of our state,” Keenum said after addressing a group of students at Ocean Springs High School. “When I arrived at Mississippi State (in 2009), we had several (state) flags flying on campus that are still there today.”

“It is not my intent to step out and make any changes to the flags that are flying on our campus at this time,” he said.

“I think it’s important for us as a university community to continue to be positive as far as change,” he said, “not to be critical of anything or the values of anyone in our state. … I think it’s important for this generation, the current generation on our campus and for my generation that we have symbols that unite us and not be divisive. That’s what I’m in favor of and that’s what our campus community is in favor of.”

Keenum’s comments came after he met with about 40 students, inviting them to take a tour of the MSU campus and encouraging them to pursue further education no matter where it takes them.

“I’d love for every one of your to come to Mississippi State,” he said, “but I know not all of you will. But I do hope you will get the best education available to you.”

He drew some chuckles when he talked about the 3 1/2 to 4-hour drive it takes to get from Ocean Springs to the MSU campus in Starkville.

“Not too far from mom and dad, but just far enough,” he said.