So many of our holidays have fallen victim to the political correctness police, but one holiday continues to warm the heart while Ole Man Winter insists on dumping snow, ice and rain on the country.

The Columbus Arts Council Board of Directors has named Elizabeth Johnson as interim executive director of the nonprofit organization.

In 1959 came to Broadway one of the best musicals ever, "Gypsy: A Musical Fable." It was indeed a fable, a musicalized version of the memoir by Gypsy Rose Lee, a memoir which was itself highly fictional. 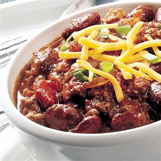 Chili. Some consider it the ultimate cold-weather fare. And in spite a recent spring teaser, Mother Nature has more winter in store, including Super Bowl Sunday, when Golden Triangle temperatures are expected to dip into the 30s by night.

Ever since Eve was forced to vacate the Garden of Eden and give up her wardrobe of leaves, the question of what to wear has been foremost on women's minds.

The Friends of the Columbus-Lowndes Public Library will launch its February Table Talk series Wednesday, Feb. 2, at noon in the library meeting room with a presentation by award-winning author Minor Ferris Buchannan.

Now in its fourth decade, the Dance Theatre of Harlem will bring classical and contemporary ballet to its Feb. 3 performance at Mississippi State University.

Before stepping up to your nearest makeup counter, you should know a few things. First of all, remember that those smiling faces greeting you are called "beauty advisors" for a reason.

Folks are always offering up suggestions on what to write about - some really good and some that would get me in trouble, politics mostly. For those, I direct them to our Letters to the Editor section that's open to one and all.

Shannon Bardwell: Shoe on the other foot

Every word I ever said to my momma, I've had to eat. Even though she is no longer here, she whispers, "I told you so." 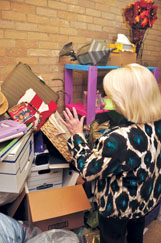 Get it together: Organizers share tips for clutter busters

It's often the second resolution -- the one right after "lose weight" at the beginning of a new year. The promise to get organized, to reclaim jurisdiction of our space, to restore a sense of harmony to our habitat.

For a second consecutive year, the Mississippi State University Alumni Association is announcing the highest membership in its history, with a record 39,418 active members as of Dec. 31. 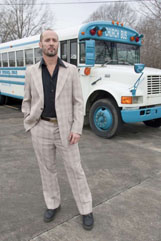 Paul Thorn pledges to go 'all out' with web concert

Paul Thorn has a wicked wit, and he's not afraid to use it. The unorthodox Mississippi musician, who has played venues from London's Royal Albert Hall to Columbus' Princess Theater, will put it all on display Saturday in an Internet concert.

Fresh off a runner-up finish at the Mississippi Theatre Association's annual awards ceremony in Meridian, Starkville Community Theatre members are preparing for a new production at the Playhouse on Main and a trip to Atlanta for the Southeastern Theatre Conference.

Right bites: These appetizers can score big at any Super Bowl party

Here it comes -- Super Bowl XLV. The Green Bay Packers and Pittsburgh Steelers are deep in preparation for the NFL's big bash Feb. 6, but so are plenty of football fans who enjoy having friends and family over to enjoy the season's grand finale.

The Gordy Honors College Forum series opens Thursday, Jan. 27, at 6 p.m. at Nissan Auditorium in Parkinson Hall on the campus of Mississippi University for Women, and continues through April, presenting lectures and undergraduate research.

Group to present an evening of French music

Two celebrated French composers will be the focus of a Tuesday recital and lecture at Mississippi State University.

Two theater veterans from Columbus are part of "The 39 Steps," one of contemporary theater's most thrilling and riotous comedy hits, being presented by New Stage Theatre in Jackson Jan. 25 through Feb. 6.

The Institute for the Humanities Distinguished Lecture Series returns for the spring semester at Mississippi State Jan. 27 with a presentation from noted Princeton University professor and author David Bell.

4. Fire up the grill for smoked fruit FOOD