The Gordy Honors College Forum Series will host Rudy Reyes Thursday at 6 p.m. in Nissan Auditorium in Parkinson Hall on the campus of Mississippi University for Women.

One of the mistakes in movies I always find funny is the opening scene where the director wants to set a locale in the mind of the viewer, so he might place the words "Washington, D.C." at the bottom of the screen, while at the same time showing the capitol or the Washington Monument, making such a caption unnecessary.

Home and church tours, special events and more during the 71st Spring Pilgrimage.

Organizers are expecting up to 20,000 people to participate in Columbus' Spring Pilgrimage this year. Events kick off today, with home tours and Blues Around the Block, featuring music and catfish and shrimp po boys, at the Tennessee Williams Home and Welcome Center on Main Street. And the show will go on, rain or shine.

This week, my homepage had the nerve to suggest quick fixes for my décor dilemmas.

I remember my mama's weekly visits to the beauty salon downtown.

East Mississippi Community College invites the public to the Pine Grove Arts Festival, showcasing the school spirit and artistic achievements of its students, from March 28-31.

The Hitching Lot Farmers' Market Committee announces the 2011 Giant Possum Town Yard Sale to be held Saturday, April 16, from 7 am until noon at the corner of Second Avenue and Second Street North in Columbus.

Past meets present in Tales from the Crypt

An annual rite of spring is just around the corner. The 61st annual Junior Auxiliary Charity Ball will take place Saturday, April 2, at Trotter Convention Center.

Graduating seniors in the Mississippi State University Bachelor of Fine Arts program will show their work March 29 through April 8.

There was a time, not so long ago, when Hagan Walker didn't give much thought to his artistic side. Now the 18-year-old is a talented photographer, expressing an emerging vision through intriguing textures, vivid colors and clever digital engineering.

Civil War reenactment bands are noted for their playing of period music. Bands recreating Southern units are always thought of as playing Dixie and The Bonnie Blue Flag but the popular music of the South was much more varied.

The Tennessee Williams centennial celebration continues Saturday with a gala and auction/birthday party at the Rosenzweig Arts Center in downtown Columbus. 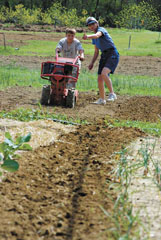 "We like this a lot better than working in the house," 11-year-old Harrison Nasekos grins, taking a break from tilling a plot of loamy, brown earth at Palmer Home for Children on Columbus' Ninth Street South Monday. 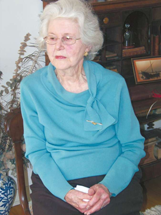 Ann Palmer, 92, of Columbus, was among a neighborhood group in Memphis, Tenn., to get a first glimpse at an amateur play by Tennessee Williams. It was the summer of 1935, just before Ann Palmer's 16th birthday. Tennessee Williams, then about 25, was in town visiting his grandparents.

Mississippi Public Broadcasting viewers will have an opportunity to relive the sights and sounds of the 2010 Charles Templeton Ragtime Jazz Festival when a special produced by the Mississippi State University Television Center airs March 24.

Do you long for the robust sound of the old-school big band? Or perhaps you've never heard the rich textures, strong melodies and varying dynamics of a large dance or jazz band.