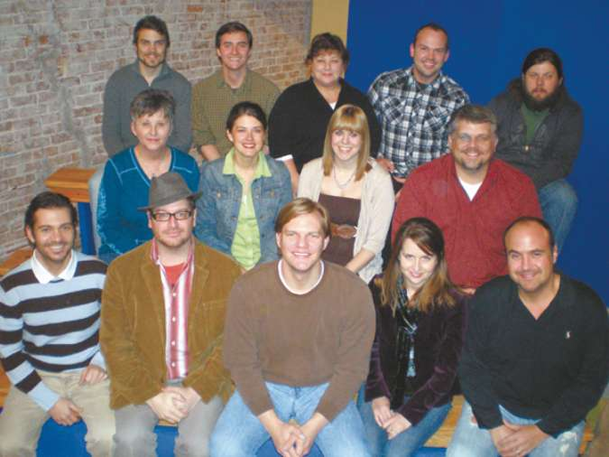 Fresh off a runner-up finish at the Mississippi Theatre Association''s annual awards ceremony in Meridian, Starkville Community Theatre members are preparing for a new production at the Playhouse on Main and a trip to Atlanta for the Southeastern Theatre Conference.

Starkville''s theatre group was entered in the Community Theatre Division at the MTA awards and was named first runner-up in the Best Production category for its rendition of "The Dixie Swim Club." The play tells the story of five women who swam together in college and get together every summer at a beach cottage in North Carolina. It''s a comedy and a drama which spans more than 30 years.

Petal-based Just over the Rainbow Theatre group won the Warren McDaniel Award for Best Production for its portrayal of "Driving Miss Daisy." Both Just over the Rainbow and Starkville Community Theatre qualified for the Southeastern Theatre Conference, set to take place March 2 through March 6.

"It''s very exciting," said Lyle Tate, director of "The Dixie Swim Club." "Mississippi is an excellent place for theater and we''ve always known that, but now now groups from other states are taking notice."

Fifteen cast and crew members from Starkville Community Theatre will travel to the regional event. The group''s entire set must fit into a 10-foot-by-10-foot box. Cast members then have 10 minutes to reconstruct the set before the actors are given 60 minutes to perform the play. The cast then has 10 minutes to repack the set, Tate said.

Actress Cindy Ruff said she is "very excited" about the competition.

"I was really nervous before (the MTA festival) because that was my first competition, but I''m really excited about the STCs," she said.

Also traveling to Atlanta is Starkville High School''s theater group, which won the Dominic Cunetto Award for Best Production in the Secondary Division for its rendition of "The Purple Fan." It''s the story of a peasant boy who searches for a missing prince.

Before the Starkville theater groups even travel to Atlanta, however, some of the same actors are taking part in the SCT''s latest production, "The 25th Annual Putnam County Spelling Bee." The Tony Award-winning play is a musical comedy about a spelling bee, but a handful of audience members also are brought on stage to participate, Director Paul Ruff said.

"Hopefully it won''t be humiliating, but it might be a little embarrassing," he said with a laugh.