Picture this: Local artists prove 'every picture tells a story' 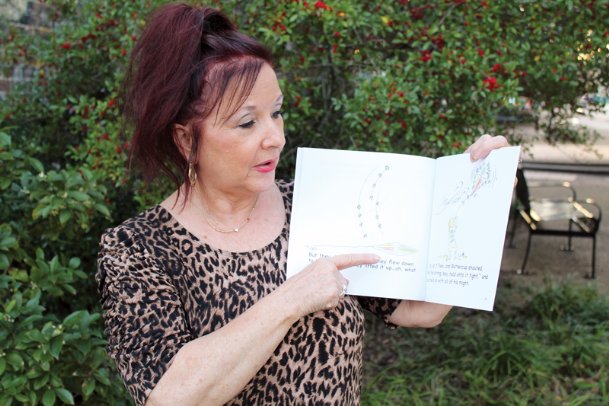 Jeanette Jarmon of Columbus displays several original paintings of her illustrations for "Mando Tula with Ruby on the Side." She painted the heads of her grandchildren to depict youngsters gathered around "Ruby."
Photo by: Jan Swoope/Dispatch Staff

This vibrant illustration by Jeanette Jarmon in "Mando Tula with Ruby on the Side" embodies joy and action.
Photo by: Courtesy photo 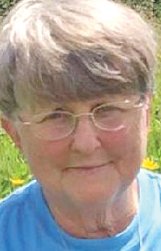 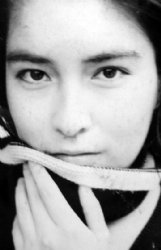 Jeanette Jarmon was hooked from the first phone call back in March. Novelist and children's book author Sue Clifton of Oakland, Mississippi, had called the Columbus artist to ask her to illustrate a children's book. As Clifton shared her whimsical tale over the phone of a mandolin-playing tarantula, a lonely old woman named Ruby and their mutual love of Ozark mountain music, Jarmon's imagination started firing.

"When I heard her read the story to me I thought, "I've gotta do it," Jarmon said. "Mando Tula with Ruby on the Side" would be her third children's book to illustrate, and Clifton's 12th book to write.

Not long before Jarmon received her call, Midge Maloney and artist Jenny Vega, both of Columbus, had also paired up for a children's book project. Inspired by her 5-year-old grandson, Lucas, Maloney had penned "Lucas Flies a Kite," and enlisted Vega to illustrate. In it, Lucas and his mother take a picnic to the park where the tow-headed boy rescues an imperiled butterfly named Buttercup. In a reciprocal twist, Buttercup later does him a favor, and Lucas realizes that kindness can often solve even the simplest problems.

In both books, charming stories come alive visually through illustrations. Collaborations like these are taking place in the Golden Triangle area more often than many might think. The blend of storytelling and art is essential in books intended for children.

"Illustrations give them a better understanding of the story, and when they can visualize a character with the story they are reading, it makes it more real to them," said Maloney.

"The illustrator has to set the story," she said. "I can't even draw a stick figure, but what Jeanette sent me was so fantastic. Her art is so unique. We worked wonderfully together."

While every illustrator's goal is to advance the story, approaches vary.

Jarmon completed her paintings on canvas over a period of about three months. Clifton -- a former principal and educator with a degree from The W, plus two masters and a doctorate from Ole Miss -- sent her illustrator pictures from the Ozarks but allowed Jarmon ample freedom in visualizing the characters and action.

"The story starts out sad and ends up real happy," Jarmon said. "So I did the initial pages in darker and more neutral colors, and then it brightens up. By the last page, it's moonlight and firelight and dancing."

One challenge was making Mando Tula the tarantula "cute."

"I had to make her cute and sweet," laughed Jarmon. She did it, in part, by giving the musically talented arachnid "pigtails" and eyelashes. Along the way, the artist's colorful images incorporated auxiliary critters that also lived in the mountain holler -- a dog, mice, donkey, grasshopper and crows among them. She gave Ruby's porch posts faces and even painted her grandchildren's heads in an image. Some of Jarmon's original paintings are being displayed at book signings; prints are for sale.

Vega has been interested in art since the age of 4. She comes from a "long line" of family artists, including her parents, grandparents, aunts and uncles. She often works in oil and water color. For her first book illustrations, however, she chose colored pencils and pens as her medium.

"When Midge told me the story, I pretty much made up the characters in my head," Vega said. "It took about five or six months to get everything organized and tweak it after talking about (the drawings.)"

Maloney remarked, "I gave her the idea of what I wanted, and she drew the pictures just the way I wanted them. She took my ideas and made them come to life."

Vega was about halfway through the project when the pandemic hit in March. The work, however, continued.

At Jarmon's home, getting the book assignment in March proved good timing.

"I was really grateful to have something to do at home to concentrate on," said Jarmon. "And I had some research to do." That included studying videos of tarantulas, how they look and move.

"Every time I do a book, I learn something. I learned a lot more about the Ozarks, a lot about tarantulas and about the book publishing process."

Both "Mando Tula with Ruby on the Side" and "Lucas Flies a Kite" are now finished products, available at amazon.com. "Mando Tula" is also at barnesandnoble.com.

In their unique visualizations, Jarmon and Vega complemented the authors' intent in different ways -- Jarmon through her vibrant paintings, Vega with delicate images. Each suits their story. Both artists are glad they took on the challenge.

"I think if I was to give any advice (to a potential illustrator), it would be just to be able to be comfortable with the author," said Vega, who is already lined up for Maloney's next children's book. "The rest goes from there."