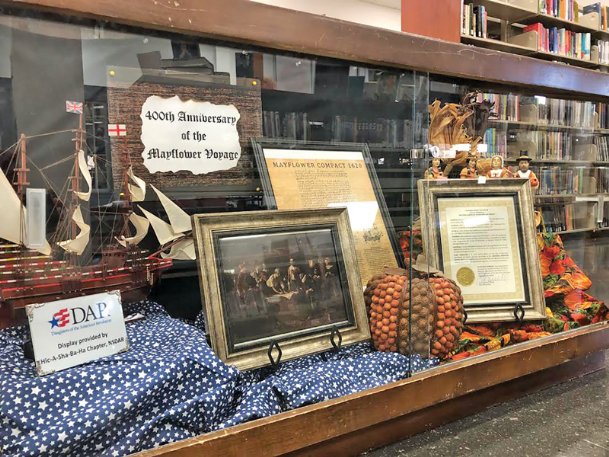 The Hic-A-Sha-Ba-Ha DAR Chapter of Starkville prepared a Starkville Public Library display commemorating National American Indian Heritage Month and the 400th anniversary of the Mayflower voyage. The Mayflower is one of the most important ships in American history, and, from cities to rivers, Indian names abound in Mississippi. Hic-A-Sha-Ba-Ha, meaning "sweetgum leaves on water," was an area spring named by Choctaw Indians. Photo by: Courtesy photo