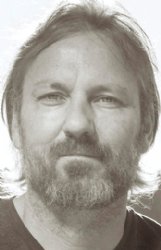 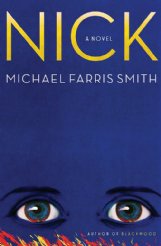 Publishers Little, Brown and Co. have announced Michael Farris Smith's latest novel, "Nick," will be released Jan. 5, 2021. Smith, formerly of Columbus, has been a prolific author, penning the critically-acclaimed works "Blackwood," "The Fighter," "Desperation Road," "Rivers" and "The Hands of Strangers."

In "Nick," narrator Nick Carraway steps from the shadows of the character readers know from F. Scott Fitzgerald's "The Great Gatsby." Smith's latest has been described as a soulful, gripping story that imagines Carraway in the years before Fitzgerald's novel began.

"Anybody who believes that the war is over when the enemy surrenders and the troops come home needs to read Michael Farris Smith's masterful new novel 'Nick,'" said Pulitzer Prize-winning author Richard Russo in a review. "Its stark, unvarnished truth will haunt you."

Smith, who lives in Oxford, said. "I've always been drawn to Nick Carraway as a character, his feelings on turning 30 and a decade of uncertainty before him have always rung true to my own emotions when I was the same age. And I still feel that way much of the time, torn between the revelations of what we discover in life and the abandon of those same discoveries."

He continued, "The last time I read 'Gatsby,' a few years ago, Nick stayed in my imagination, and he reveals so little about himself in the story, I couldn't help but begin to create him in my mind, and I knew the only way to get it out was to put it on the page. So, I embraced the idea and dove into it with all those emotions fueling the creation."

Smith's new novel begins on a Paris street corner during World War I and ends on a Long Island estate. After witnessing the destruction of war, Nick delays his return home, hoping to escape inevitable questions about the horrors he has seen. He instead embarks on a transcontinental journey that takes him from a doomed whirlwind romance in Paris to the city of New Orleans, with its own flavor of debauchery and violence.

The novel emerges as a portrait of an era, a story of self-discovery, an imagining of a character many know of but few have pondered.

"Nick" is available for pre-order at amazon.com and other book sellers.

Smith's previous novels have appeared on Best of the Year lists in Esquire, Southern Living, Book Riot and other outlets, and have been named Indie Next, Barnes & Noble Discover, and Amazon Best of the Month selections. He has been a finalist for the Southern Book Prize, the Gold Dagger Award in the UK, and the Grand Prix des Lectrices in France, and his essays have appeared in the New York Times, the Bitter Southerner, Garden & Gun and more.