Felder Rushing: What goes around, often comes around 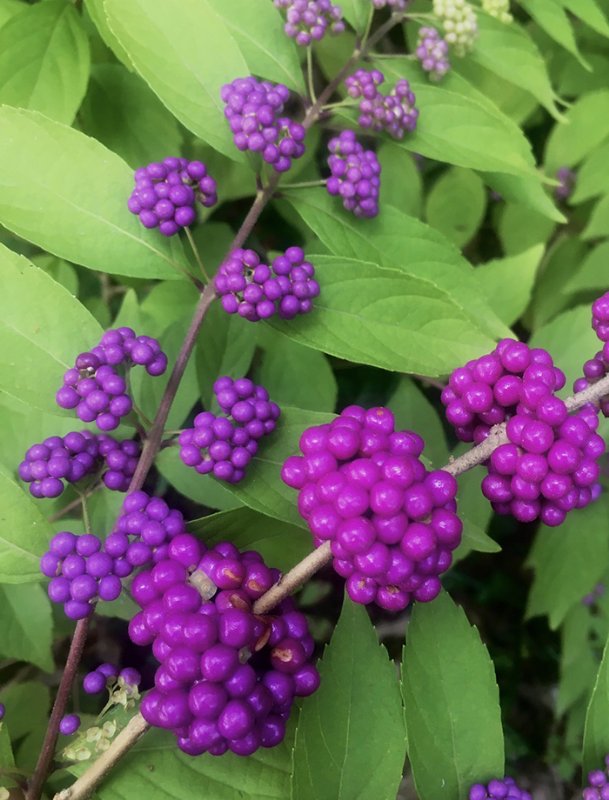 One of my favorite native wildflowers has gone rogue overseas, but its newfound connections are perversely satisfying to me.

My goldenrod, closely related to sunflowers, zinnias and asters, is starting to bud up with clusters of tiny, sunny-yellow blossoms that'll make fantastic cut flowers soon. I know a lot of folks falsely blame it for allergies, but the real culprit is ragweed's dust-like wind-blown pollen; goldenrod pollen is large, heavy and sticky, unable to blow up anyone's nose.

Wildlife experts tout goldenrod as the most-favored native pollinator. Because of its rich pollen and sweet nectar you will find goldenrod covered with honeybees, bumblebees, hoverflies, ants, beetles, moths, butterflies, aphids and the spiders and hummingbirds that feed on the pollinators.

And no decent English garden will be without several different kinds of goldenrod, usually small, non-spreading types like Peter Pan and Cloth of Gold. My favorite is Fireworks, a non-spreading clump-former with long, thin arching stems of flowers.

But it's the common tall, rangy field goldenrod, which in my garden needs a little thinning every spring to keep in bounds, that's concerning European and Asian ecologists because it has become a widespread non-native that's crowding out some of their wayside natives.

You could say it's getting them back for sending us kudzu, honeysuckle and dandelions.

Not that I'm a purist when it comes to native plants. As past president of our state's native plant society, I most certainly am concerned when seriously invasive non-natives overtake plants that our native wildlife depends on or colonizes wetlands, fields and forests.

But just as there are garden advantages to new "impure" cultivars of our natives, I appreciated closely-related species from afar. There may be subtle differences in size, flower and vigor that make some close-kin foreign species preferable over our own natives in the garden.

For example, I enjoy compact Asian species of beautyberry (Callicarpa) as much as our taller, gangly native. Instead of ours' golf ball-size clusters of purple berries, the Chinese beautyberry has smaller, delicate rows of fruit clusters, just as showy, but more manageable. And our butterflies and birds love it just as well as the native.

There are other examples of closely-related plants that are found only in the Southeast US and to eastern Asia, with similar genes and garden suitability. Some of my favorites native exclusively to both continents include magnolia, sweetshrub (Calycanthus), dogwood, hydrangea, maple, pitcher plant, iris, lilies, asters, hollies, wisteria, palms and maidenhair fern. And dozens of others. Azaleas, too, though theirs are evergreen, ours are deciduous.

The facts behind why they are so similar, though completely separated by oceans, mountains and deserts for thousands of years, are fascinating in themselves.

What we call terra firma is a huge, floating crust that every now and again breaks apart, drifts around and bangs back together. At one time a big hunk of it was one supercontinent called Pangea (from root words meaning "whole" and "land"). The latest breakup is pretty obvious when you look at how Africa could easily spoon into the curves of North and South America.

And over eons, because of mountain upheavals, glaciers scraping things clean, and changes in weather patterns that turned rainforests into deserts and vice versa, plant communities that were once connected by Beringia (now the mostly-submerged Bering Straits), got separated, and independently adjusted to their new conditions, or disappeared.

However, the climates of Mississippi and central China remain pretty similar and support close-kin relics of once widespread flora.

So, plants that go around come back around. We once again have dawn redwoods and nandina, and they now have goldenrod. Again.