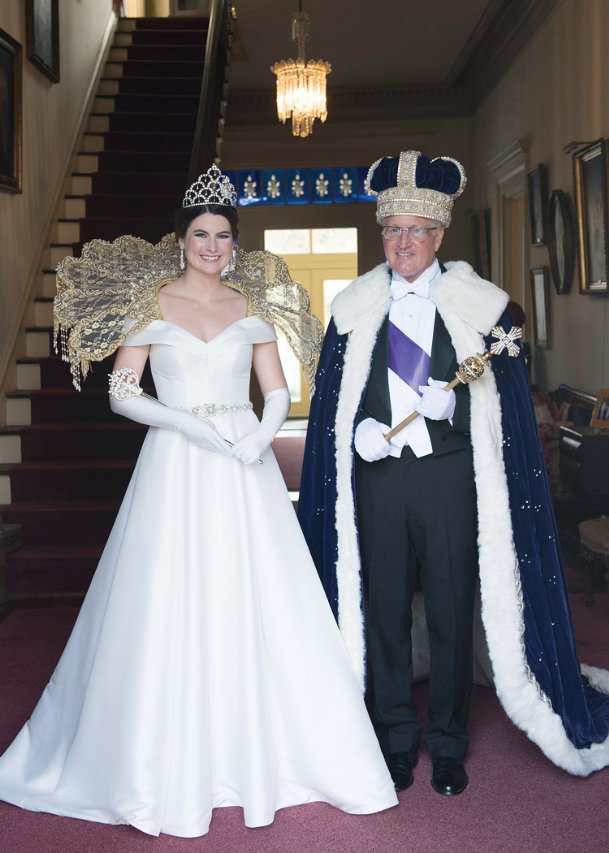 Junior Auxiliary of Columbus announces that Elizabeth Mixson Bateman and Dr. David Kennon Curtis Sr. are its 2020 Charity Ball queen and king. Both are recognized for contributions to their communities and to the field of health care. Although the 70th annual ball presentation, set for June 27, could not be held due to the COVID-19 pandemic, the honorees will fill their roles until the 2021 ball. Photo by: Courtesy photo 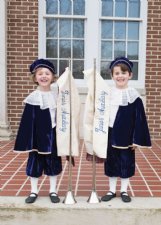 For more than 75 years, Junior Auxiliary of Columbus has been an active community partner, giving thousands of service hours in benefit of the children of Lowndes County. The nonprofit organization's annual Charity Ball is a celebration and review of the work accomplished that year, and a reveal of the Charity Ball king and queen. Although the COVID-19 pandemic prevented holding that public presentation as scheduled, first for March 28, then June 27, the chapter proudly announces the honorees selected for 2020, Dr. David Kennon Curtis Sr. and Elizabeth Mixson Bateman.

"The 2020 king and queen were chosen because of their accomplishments and contributions to our community," said JA of Columbus President Carrie Martin. "It's an added bonus that they are both in health care. Although we couldn't present them as we've done in the past, they deserve to be celebrated. Dr. Curtis and Mixson have been so understanding during this situation. Junior Auxiliary of Columbus is so honored to have them reign until a new king and queen are selected next year."

Dr. David Kennon Curtis Sr., born in 1957 in Meridian, spent his formative years as a country boy of Lauderdale County. Upon graduating Long Beach High School in 1975, DK attended one year at Gulf Coast Junior College, then a year at Hinds Junior College, where he met his future bride, Pat Lee. He graduated from The University Of Mississippi School Of Pharmacy in 1981, and worked his way toward Jackson where he would attend The University Of Mississippi Medical Center School Of Dentistry. He graduated summa cum laude in 1986. DK received numerous graduation awards and honors, including the Dean's Medal, awarded to the graduate finishing first in their class.

Upon graduation, DK and Pat, with newborn Kennon in tow, headed to Milwaukee, Wisconsin, where DK would complete his residency in pediatric dentistry at Milwaukee Children's Hospital.

DK, Pat and Kennon arrived in Columbus July 1, 1988, and started their practice in pediatric dentistry. It didn't take DK long to pursue his passion for leadership in organized dentistry. He began with the Mississippi Dental Association, serving on various councils and committees, and the board of trustees. He served one three-year term as speaker of the general assembly, then represented the MDA at the American Dental Association, serving on the committee on the new dentist, the council on dental practice, then served one three-year term in the ADA house of delegates.

Dr. Curtis began his involvement in leadership activities within the American Academy of Pediatric Dentistry from early on as well, serving on various councils and committees. He was quickly on the board of trustees and subsequently the officer chain. On May 30, 2003, in New York City, at the age of 46, DK completed his term as the youngest person to serve as president of the AAPD, a record he still holds. After serving AAPD, he joined the board of the academy's charitable arm, the AAPD Foundation. He remained on that board for 10 years, three as president.

On May 27, 2007, in recognition of his years of service to the AAPD and its charitable foundation, the AAPD honored DK with the academy's highest recognition, the Distinguished Service Award.

Curtis holds fellowship status in the American Academy Of Pediatric Dentistry, the American College of Dentists, the Pierre Fauchard (foo-shard) Academy and the Royal College Of Surgeons Of Edinburgh.

On the homefront, DK has been a dedicated leader whenever possible, serving on boards including the Chamber Of Commerce, United Way and Boys and Girls Club. He is a Paul Harris Fellow in Columbus Rotary. DK is a 32-year member of First United Methodist Church where he has served on the teaching team and administrative board. He has served as president of Prairie Land Water Association for the past 10 years.

DK is an avid fly fisherman and enjoys traveling the world seeking out the best trout stream or salt-water flats. Sometimes he even gets Pat to go with him. However, his real passion remains practicing pediatric dentistry. He considers himself blessed to have the opportunity to serve the children of the community as a part of a family business alongside his wife Pat, their children, Dr. Kennon Curtis Jr., Dr Katie Curtis Windham, and their spouses Candi Curtis and Bennett Windham.

Queen Elizabeth Mixson Bateman, a native of Columbus, is the daughter of Doug and Nicole Bateman. Her grandparents are Dr. and Mrs. William Augustus Story of Shelby, North Carolina, and the late Mr. and Mrs. Thomas Douglas Bateman of Columbus. She is a member of First Baptist Church and a Hall of Fame graduate of Heritage Academy.

Mixson is active in the pharmacy community. She is the class historian and vice president of the Student Society of Health-System Pharmacists. As VP, Mixson organized the "Be the Match" bone marrow drive. She is the student liaison for the Mississippi Pharmacist's Association and represented the Ole Miss chapter at the midyear regional meeting.

Through the Ole Miss Pharmacy program, Mixson participated in a Med-Life Service trip to Lima, Peru. The team brought pop-up tents to areas in need to administer medical services. Mixson helped in the pharmacy and triage, and taught basic hygiene to children. After being certified for immunization delivery, Mixson administered flu shots to students and faculty on the Ole Miss campus and for local industry. She worked on the More Than a Meal Program team administering glucose and blood pressure screenings in the Oxford area.

As an undergraduate student at Ole Miss, Mixson was a Provost Scholar and a member of the Early Entry Pharmacy Program. She was president of her Early Entry class, and represented her peers at the Executive Council meetings and at the Student Faculty Relations Committee meetings. Mixson interviewed high school students applying for the Pharmacy Program, and spent time as a mentor to students in the pre-pharmacy program. She represented the Early Entry Program at the Pulse Leadership Conference.

Other volunteer work includes participation in the Walk for Diabetes, the Rebelthon Dance Marathon, the Green Grove Initiative, the Make-A-Wish program, Taste of Relay - Prescription for Service and Feed the Hunger Pack-a-Thon. Mixson also spent time appearing as "Princess Belle" for children at the American Cancer Society Relay for Life event.

Mixson was a 4.0 student at Heritage Academy. She participated in the Lowndes Young Leaders Program in Columbus, and in the National Youth Leadership Conference in Washington, D.C. She was an MAIS All-American Dancer and captain of the State Champion dance team at Heritage. She shared her love of dance by working at elementary dance camps throughout her years at Heritage.

At First Baptist Church, Mixson was active in Bible Drill and Acteens, and a member of mission teams in Alaska and Brazil. She was a member of the 2015 Charity Ball Court, and was presented as a debutante at the Southern Debutante Assembly in Greenwood.

1. Designing for the future: Local citizens are among many with ideas for a new state flag COMMUNITY

3. In the garden with Felder: Gardening with a little help from a four-legged friend COLUMNS