Butter Together: Biscuits? Everybody's got time for that 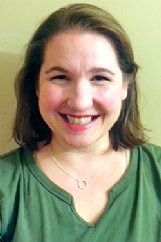 First of all -- and I hope this goes without saying, but I'm going to say it anyway just in case -- I would never wish COVID-19 on anyone. I'm sorry that it's here and I would make it go away if I could.

However, this quarantine has taught me a lot of things. There are things that felt important before that no longer feel important now. And there are things I treasure now that I never did before.

One of those things is making biscuits. I know, I know ... it sounds stupid. Really stupid.

But I can remember a friend once asking if I had any biscuit-making tips. I laughed and said I'd never make biscuits because it's far too easy to buy a bag of frozen Mary B's or Pillsbury biscuits for me to bother making my own.

Fast forward a few years. These days, I cook breakfast for my family every morning. Panic-buying resulted in biscuits flying out of coolers, so I was able to buy flour but no biscuits. Suddenly, Mary B's looked a lot less convenient.

Luckily, I had a few aces up my sleeve. I'd watched my friend Michelle -- the Biscuit Lady herself -- cut out a batch of biscuits once, and I knew her dough was far wetter than I otherwise would have tried. I also watched a video of an older Southern lady making biscuits and discovered the technique for mixing the buttermilk into the flour.

I also live next door to the biscuit master -- my mama. She's perfected her technique and recipe over many years. But I'll be honest with you: I didn't ask her for tips. I knew learning her recipe the way she does it would probably require my standing next to her in her kitchen. But we are practicing strict social distancing, primarily in an effort to keep her and Daddy safe.

So I decided to try a simple recipe I thought I could pull off on my own. I plan to learn hers when it's safe for me to be at her elbow again. In the meantime, I turned to my old friend, the back of the flour bag.

So the recipe I started with came from the back of the White Lily self-rising flour bag. I've made some adjustments for taste and ease, per my usual. Ordinarily, I'd suggest trying other types of flour as well, but White Lily is made from a variety of wheat that is ideally suited for biscuits, so if you have access to it, use it.

Amelia Plair is a mom and high school teacher in Starkville. Email reaches her at [email protected]

2 cups White Lily self-rising flour (you can use other types, but White Lily is best for biscuits)