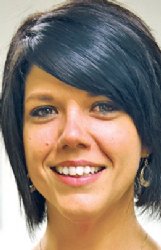 Libraries are, by definition, quiet places. For almost two months, however, the silence in the Columbus-Lowndes Public Library System has been nearly complete.

That will change, in stages, beginning Monday.

"We've been closed since the 17th of March," said Library Director Erin Busbea Wednesday. "We've been trying to follow the guidance of officials to try to do our part to slow the spread of the coronavirus in our community."

Some virtual library programming has been taking place during the recent shelter-in-place period, but the facility at 314 Seventh St. N. will begin limited in-person services Monday. Plans in place call for those to expand throughout the month, with hopes of allowing patrons free access to library shelves by June.

For the week of May 11-15, the library's front doors will be open Monday through Thursday 10 a.m.-5 p.m. and Friday 10 a.m. to 2 p.m. for visitors to enter as far as a table near the interior security gates to request and return books. Curbside pick-up will also be available. Staff will wear masks, and patrons are strongly encouraged to wear them. Returned books will be quarantined for five days before going back on shelves, Busbea noted.

"If someone has a book in mind they want, they can call and ask if we have it and we'll pull it and check it out for them," explained the director. "They can choose to come in to pick it up or we can do a curbside pick-up at the back of the building. They can pop the trunk, and we would place materials in it, to keep it as contact-less as we can.

The library will also offer faxing, copying and printing service for patrons that need that done.

Computer access resumes the week of May 18. Safe social distancing measures will be in place. Patrons are encouraged to make an appointment for computer time and will be asked to wait outside until that time. Staff will continue to pull books by request for patrons through May 29.

"We're hoping in June we can open up the stacks so people can physically go around and pull their own items," Busbea said.

Normal library hours, including Saturday hours, are expected to also resume in June.

"Right now our plans are not to do any kind of in-person programming until at least August," the director said. "We'll listen to what the guidelines are then. We have such a wide range of ages that use the library, and we have a lot of heavily-touched surfaces. We want to be sure we're being careful."

In spite of closed doors, the library has been active this spring. Use of digital services has significantly increased. Children's programs, including Mother Goose Storytime, have been recorded and posted. Some live gaming as well as crafting videos have been available. Two virtual genealogy workshops have taken place.

"And we've been issuing library cards," said Busbea, noting the cards allow access to digital resource platforms like OverDrive and Hoopla for items including ebooks and audiobooks. The library's WiFi has been accessible as well, allowing patrons to use their own personal computers from the parking area.

"I look back over the last six weeks or so, and we've really done a lot, really thinking outside the box of how we can bring services and resources to people, even though they can't come in the building," said Busbea, who anticipates continuing increased virtual programming after the pandemic.