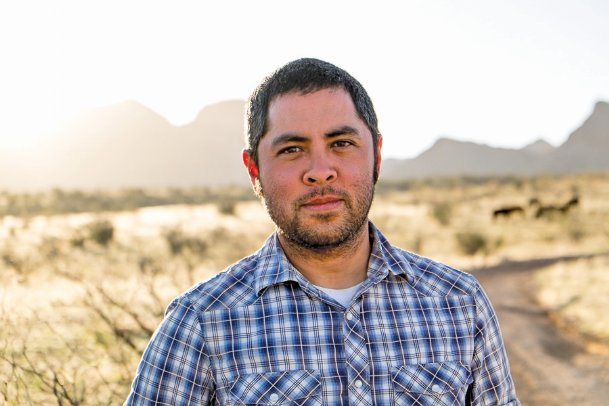 Anthropologist and educator Jason De Leon will speak about current policies on migrant life and death along the U.S.-Mexico border on March 24 on the Mississippi State campus. Photo by: Courtesy photo

Free and open to the public, De Leon's lecture takes place at 5:30 p.m. in McCool Hall's Taylor Auditorium, Room 124. His Tuesday evening talk is titled "The Land of Open Graves: Understanding the Current Politics of Migrant Life and Death Along the U.S.-Mexico Border."

A 2017 MacArthur Foundation Fellow, De Leon is a professor of anthropology and Chicana/o studies at the University of California, Los Angeles, from which he earned a bachelor's degree in anthropology. Also holding a Ph.D. in anthropology from Penn State, De Leon is executive director of the Undocumented Migration Project. For his long-term anthropological study of migration from Latin America to the U.S., he uses a combination of ethnographic, visual, archaeological and forensic approaches to bring to light the lives and deaths of clandestine migrants crossing the U.S.-Mexico border into the Sonoran Desert of Arizona.

De Leon has published numerous academic articles, and his work with the UMP has been featured in a variety of popular media outlets. He is the author of the award-winning book "The Land of Open Graves: Living and Dying on the Migrant Trail."

For more on De Leon's presentation, contact David Hoffman, MSU associate professor and graduate coordinator in the Department of Anthropology and Middle Eastern Cultures, at 662-325-7524 or [email protected]

Learn more about MSU's College of Arts and Sciences and the Department of Anthropology and Middle Eastern Cultures at cas.msstate.edu and amec.msstate.edu.